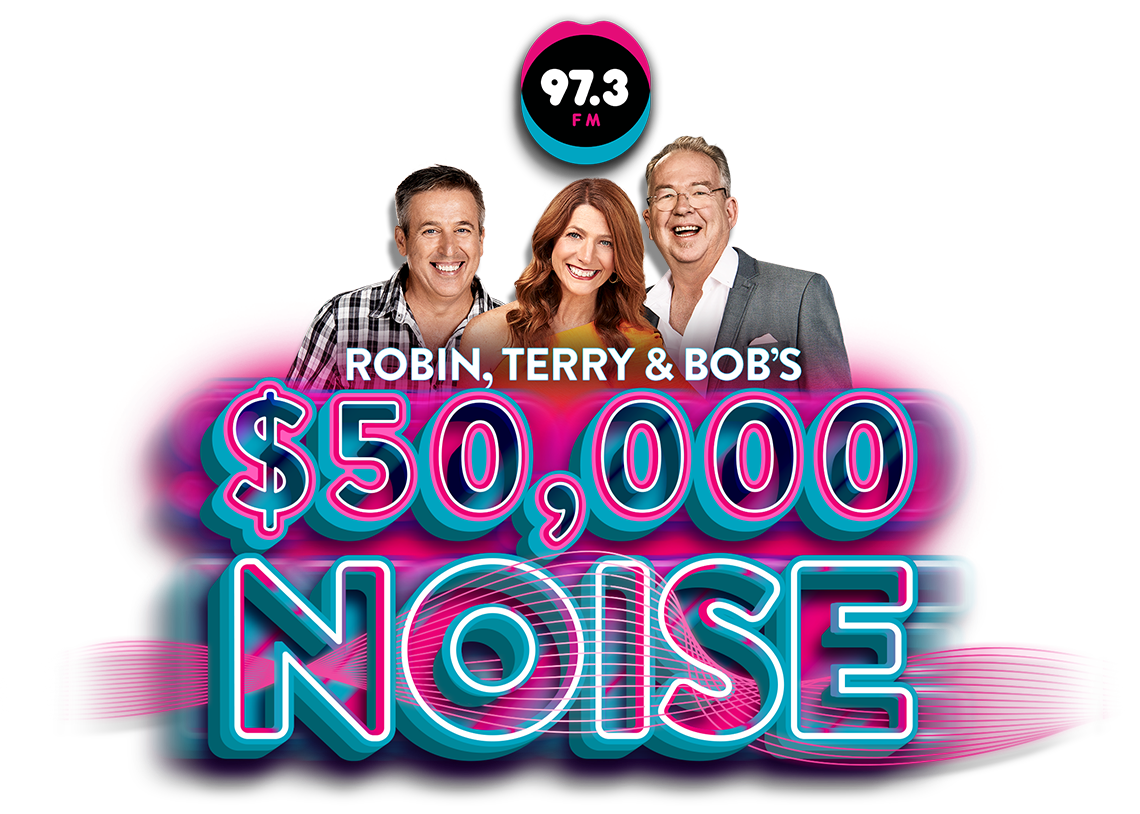 Can you hear that Brisbane? That’s the sound of tens of thousands in cash to be won with Robin Terry & Bob’s $50,000 Noise

Keep your ears peeled, 97.3FM loud and remember what you hear.
Because one of those noises, might just sound like thousands of dollars to your ears!

Listen to Robin, Terry and Bob each morning for the chance to play and the latest clues, and then across your workday for the cue to call on 3223 0973.
If you can correctly identify the noise, you take home the cash!

Don’t forget to check daily for the incorrect guesses.

Closing the zipper on a travel suitcase.

Dusting off a ducted air vent inside your house.

The needle jumping on a record player

A paper binding machine, cutting holes in the paper and put the plastic binder on it

Ripping the cardboard strip off a laundry powder box.

Someone blowing a raspberry into a plastic pipe.

Someone tying a knot in a balloon.

Deck of cards being flicked.

Tape being pulled around the tape dispenser

Opening a new box of tissues

Tearing sticky tape off a box when you’re opening it

Casting out a Fishing Rod and bringing it back in

A cord retracting into a vacuum cleaner

Tearing off a piece of Toilet Paper

Sharpening a pencil on a hand-wound pencil sharpener

Rubbing your hand on an inflated balloon

A heavy-duty zipper on a duffle bag

Pulling Shrink Wrap off a big roll and wrapping something up like a pallet.

Winding up an Old School Camera before taking a photo!

Pulling a retractable kitchen tap in and out.

Cutting a cardboard box with a Stanley Knife.

Drawing a Smiley face on a balloon.

Removing a Bendy Straw from the container.

Tape pulling off a cardboard box.

Removing packaging tape from a box.

Playing with a mouse on a desk and then scrolling the mouse wheel.

Putting together a zip on a raincoat and pulling it up.

Scrunching up a Paper Coffee Cup

Opening and Closing a Cork Bottle

Replacing and Removing the lid on a takeaway container

Putting packing tape onto a box.

Rolling a rubber band down a rolled-up newspaper.

Putting an Archive Box together.

Zipping up canvas door on a camper trailer

Peeling back the seal on the Washing Powder Box

Scrapping Ice out of a Frosted Freezer

Opening a new box of Baking Paper and tearing a piece off.

Shredding Paper in a Shredder

Uncoiling or pulling out a Vacuum Cleaner hose

The hose from washing machine being pulled through into the sink

Twisting and releasing an inflated balloon

Pulling the paper towel and ripping a piece off

A switchblade opening a moving box with tape on it.

Someone snoring with a nose plug on

Shuffling a deck of cards

A knot being tied at the end of a balloon once it’s been inflated.

Someone running their hands down a fly screen

A pool hose being dragged over the bricks on the corner of the pool.

Someone slicing a pumpkin on a kitchen bench

Scraping a Pet Hair Brush along the carpet

Someone making a balloon animal

Cleaning muck out of a filter

Aggie pipe being pulled through something

Sliding a rubber bank of a rolled piece of cardboard/paper

Pulling rubber off the inside of the fridge door

Rubbing a hair comb on a hard surface