Aussie model Cassi Van den Dungen has been part of the modelling scene since coming runner up in on Australia’s Next Top Model in 2009.

During Australian Fashion Week in 2014, the now 26-year-old made headlines with her all-too-skinny frame.

Former Marie Claire editor Jackie Frank said at the time: SO I rang the model agent and said ‘Why is that girl walking down the runway when she’s clearly not healthy?” 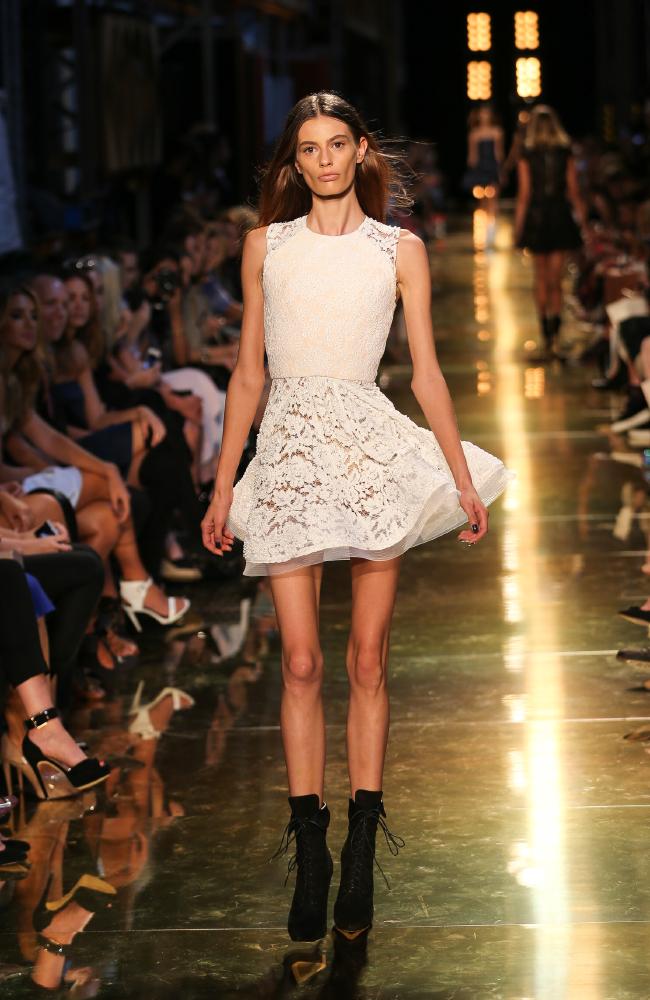 The young mother-of-one was fed up with the constant scrutiny and did something about it.

“I wanted to gain it because I’d had enough of people saying that I was so skinny,” Cassi told news.com.au.

“I’ve grown up my whole life with people telling me I’m skinny, even though I was healthy and doctors and health professionals told me I was fine and it impacted me emotionally every time.“

Cassi started changing up her training and then added a protein shake to her lunch for extra calories.

“I was working out for 1.5 hours in the gym, I was overworking myself. I was constantly injuring myself. I tore muscles. So now I only do 45 minutes and it’s all weight training.

“I thought if I can’t hold fat very well, I may as well hold muscle,” Cassi said.

We think she looks STUNNING!