The Bachelor is getting right down to the pointy end of the competition, with only 7 girls remaining, competing to win The Honey Badger’s heart.

The most recent boot-off was the last remaining intruder, Jamie-Lee, who didn’t really get a chance to connect with the Bachelor at all.

On the first night, she was ‘accidentally’ slide tackled by front-runner, Brooke, on her first ever group date.

So from day dot, Jamie-Lee was confined to a moon-boot and had to sit out of a lot of activities. 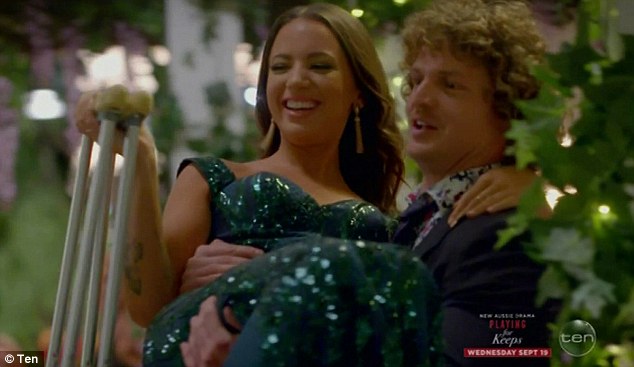 Jamie-Lee and Brooke both revealed, on different occasions, that they identify as bisexual – and rumours ensued.

Sources say that Jamie-Lee and Brooke hooked up in the mansion, and a relationship was developing on the outside, after the show was finished filming.

Jamie-Lee recently said in an interview with our sister station The Edge 96.1 that she’s ‘just friends with Brooke.’

It has been confirmed that Jamie-Lee is back with her ex-girlfriend, after leaving the house.