Singer Billie Eilish, who gave voice to young people struggling with depression on a do-it-yourself album she made at home with her older brother, is atop the music world.

The 18-year-old made history at the Grammy Awards on Sunday. Not only did she become the youngest person to win one of Grammy’s top awards – record, song and album of the year, and best new artist – Eilish is the first artist to sweep all four since Christopher Cross in 1981.

Her triumph came on a night made somber by the death of former Los Angeles Lakers star Kobe Bryant. It also ended a tumultuous week for the Recording Academy that included its ousted CEO accusing the Grammys nominations process of being rigged, and Diddy calling out the organization for not giving enough respect to R&B and hip-hop.

FIVE ARE YOU KIDDING

An estimated 18.7 million people watched the show, which ran late and packed three of its top awards into the final 15 minutes. That’s down from the 19.9 million who watched in 2019 and the 19.8 million viewers in 2018, the Nielsen company said on Monday.

Eilish’s “When We all Fall Asleep, Where Do We Go?” also won best pop vocal album. Her brother Finneas O’Connell also won awards for engineering and producing the album.

“The music I listened to when I was growing up, maybe 7, 8, 9 or 10, 13, that was the most important music to me forever,” Finneas said backstage after the ceremony. “Anytime a person that age comes up to either one of us and says (it is their favorite), I know how much that means to them. That’s why it means so much to me. I hope they’re celebrating. This is all because of them.” 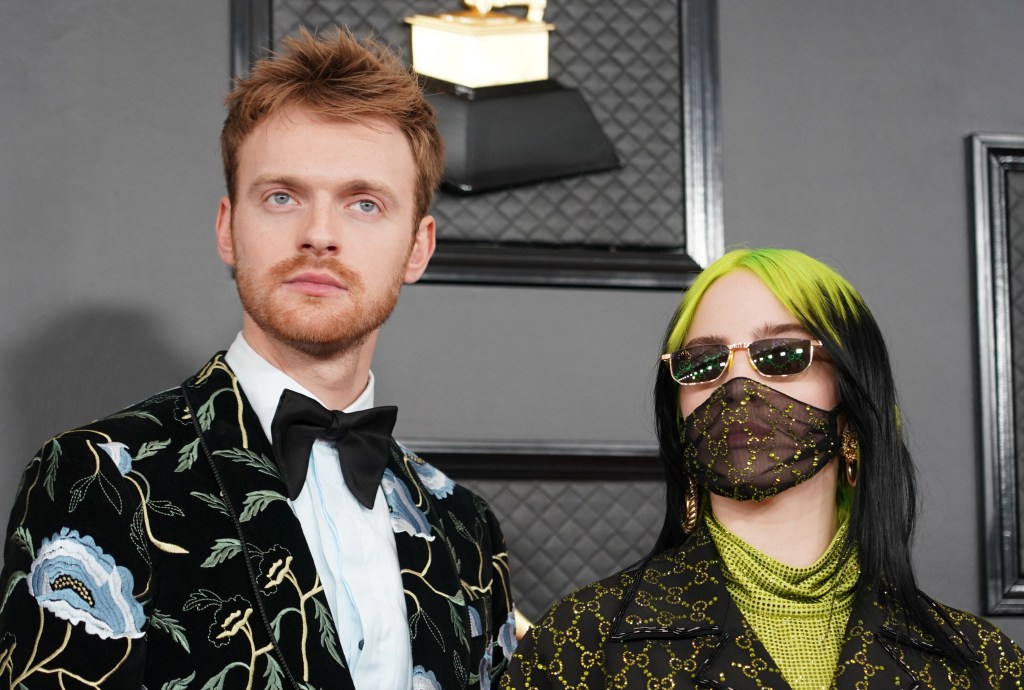 He said that they never thought that an album that addresses depression, suicidal thoughts and climate change would be up for a Grammy.

Eilish noted that they made the album in a bedroom of the Los Angeles-area home where they grew up in.

In accepting her awards, Eilish noted that she had grown up listening to many of the artists at the ceremony in Los Angeles’ Staples Center. She also said she thought Ariana Grande deserved album of the year, an onstage moment that recalled Adele saying the same thing about Beyonce the same year Adele triumphed.