In what’s been called a ‘cannibal’s dream’ comes this WTF story out of the Ukraine.

A butcher has created a creepy human-like skeleton for a window display for Halloween… made of fresh meat.

The seriously dark display featured a variety of cuts, including ribs for the ribcage and snags to create its guts. Two eggs with olives placed on them created its eyes and a liver was popped under the ribs for added authenticity.

We’re disappointed a brain wasn’t used as, you know, a brain, but hey, this ain’t our weird meat person.

We’re also not sure whether the display was meant to attract or repel customers, but here I am writing this up in Australia, so it’s doing something. 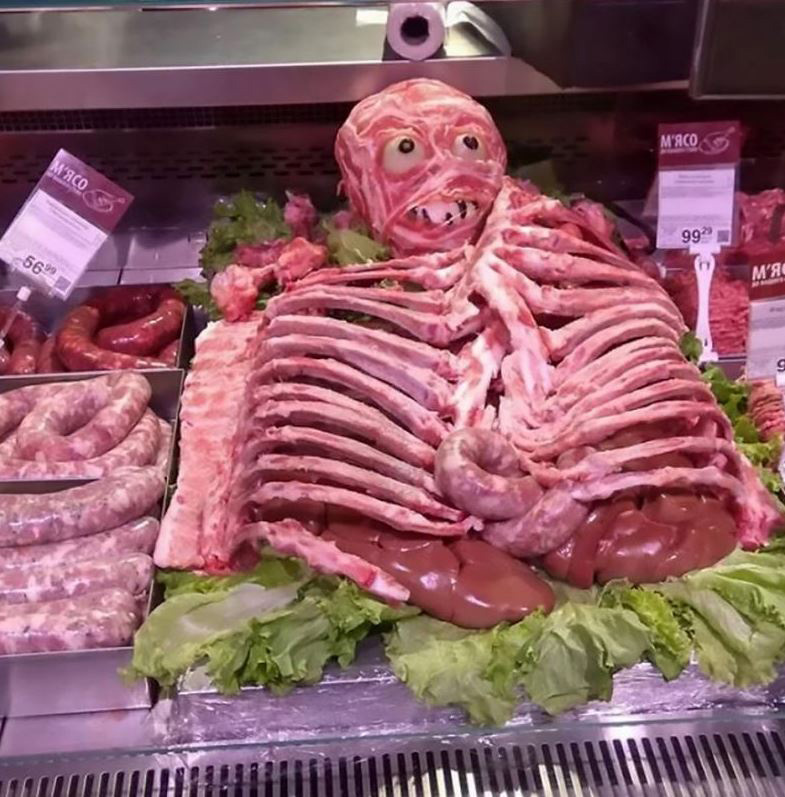 Here’s what social media is saying:

“You have lost connection with reality, I am not going to buy anything from you anymore”

“I just want to say this is pretty disgusting”

“That’s good, we need more of this stuff”