Listen to the first episode of the “Life Will Be the Death of Me” podcast below:

Chelsea Handler has come a long way from her pre-therapy days.

In the first episode of her new podcast “Life Will Be the Death of Me” — a limited series podcast, which goes hand-in-hand with her sit-down comedy tour about her book also titled “Life Will Be the Death of Me” — Chelsea, her best friend Mary McCormack, and “platonic life partner/assistant/decision-maker” Brandon Marlo, discussed just how far she’s come as person, humorously unveiling Chelsea’s life-changing experience with therapy.

“I made our friend cry one night. We were at a restaurant in L.A. and we went out to dinner … I was just really pissed at my friend and I just kind of went off on her and just left,” Chelsea recalled of one of her not so proudest moments.

“It happened in a restaurant though,” Mary added of the incident, which she deemed “really unnecessary.”

However, that was pre-therapy Chelsea, Mary noted, saying, “that time period was a pretty angry time period for you, fair?

Brandon then asked if she thought she’d be able to apply the tools she’s learned in therapy over the years to prevent something like that from happening again, to which Chelsea responded: “Yes. I wouldn’t do that now. I’m not emotional now in that way.” 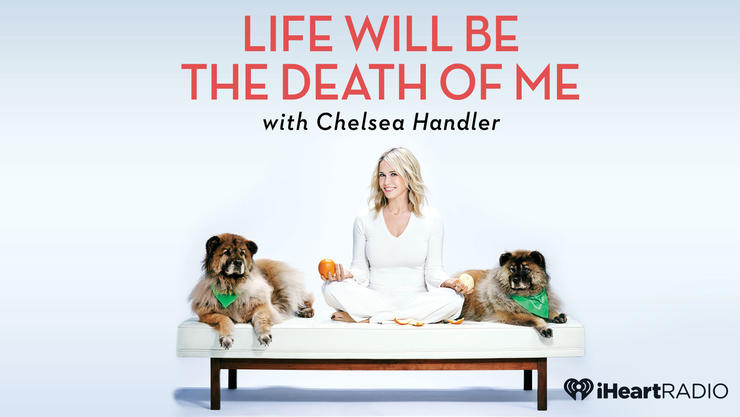 Speaking of post-therapy Chelsea, Mary revealed that the 44-year-old television host was at first hesitant to acknowledge the work she was putting in to become more self-aware. “She snuck into therapy,” Mary said, comparing the comedian’s therapy journey to someone who got sober but just said they’re not drinking this month, and it turns into years of sobriety.

Chelsea then asked Brandon if in the past year, since she embarked on the journey of being more self-reliant, self-aware, and just an overall better human being, if she’s becoming less dependent on him. “Definitely,” he responded. “I think you’ve become less dependent on me in a lot of ways.”

“There’s a gentler reaction to everything,” Mary added of Chelsea’s current attitude. “She’s just much more patient. You’re kinder. I think it comes from an increased empathy level … Not that you were mean, you just had a cut off switch.”

The old Chelsea was short, disinterested, and unable to hide it, Mary said of her BFF, adding that it left her many a times having to “clean-up” and do what she called “an apology tour” following one of Chelsea’s not mean, but rather not positive moments.

“I’m less on the apology tour,” Mary continued. Chelsea then agreed, saying “that’s what we should call my tour, ‘The Apology Tour:’ I’m Sorry Everyone.” [Or] it should be called, ‘Orange You Glad I Went To Therapy.'”