Entertainment legend Bert Newton has been remembered as a consummate showman and loving husband and father at a state funeral held in Melbourne.

Hundreds of mourners attended the two-hour service at St Patrick’s Cathedral, including dozens of TV and radio personalities as well as PM Scott Morrison.

Outside the cathedral, members of the public gathered in the rain to pay tribute to the man affectionately known as “Moonface”, who died aged 83 on October 30. 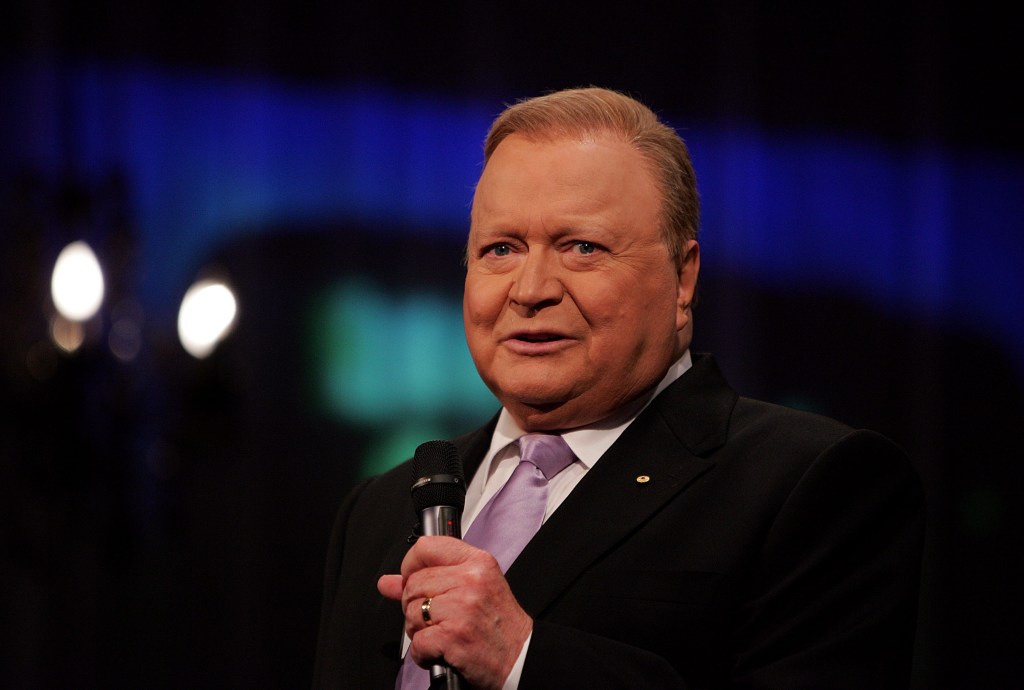 Victorian Premier Daniel Andrews spoke ahead of the Catholic requiem mass, telling the mourners Newton was someone Australians all felt they knew.

“Like a fireplace on a cold night, families would gather around their TV sets, drawn in by Bert’s warmth and sustained by his inviting ease,” he said.

“While he was first beamed into our homes in black and white, Bert was colour TV long before the technology arrived.”

Mr Andrews said everyone could be certain the entertainer’s credits would “roll on and on and on”.

Molly Meldrum and Daryl Somers were among many from the entertainment industry at the service, along with Glenn Robbins, Andy Lee, Peter Hitchener, Sam Newman and Denis Walter. 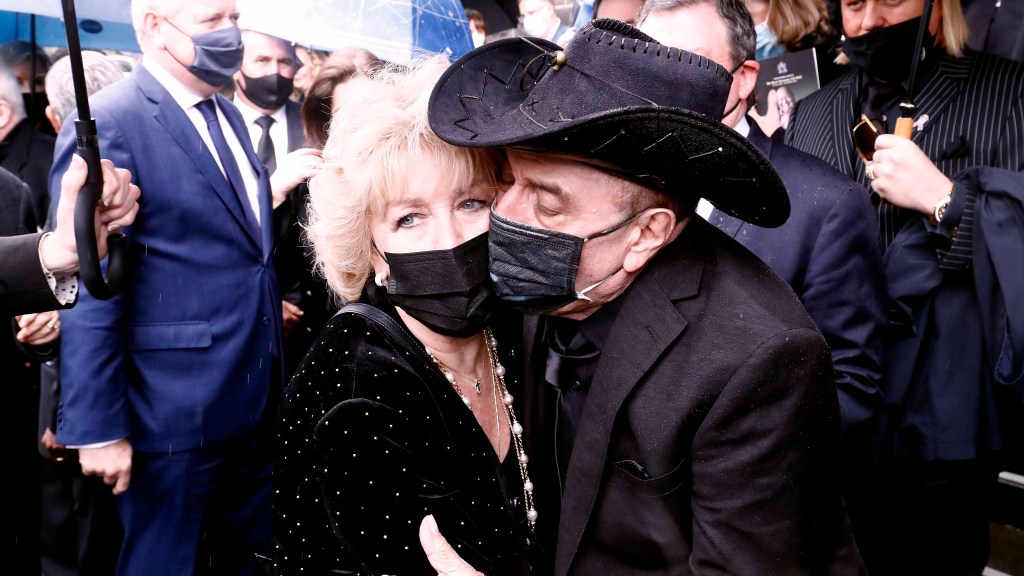 Newton’s son Matthew is in the US and could not attend. But in a letter, read out at the service, he noted that while his dad was well known as a great entertainer, he “wouldn’t just be around for the laughs”.

“Those close to him experienced how he’d show up in the tough times too. No one more than me,” he said.

Daughter Lauren said in her letter that saying goodbye was heartbreaking, especially for her mother Patti.

“They loved one another so much, and I know how he waited until she left the room to take his last breath because while she was with him, he couldn’t have gone,” she said. 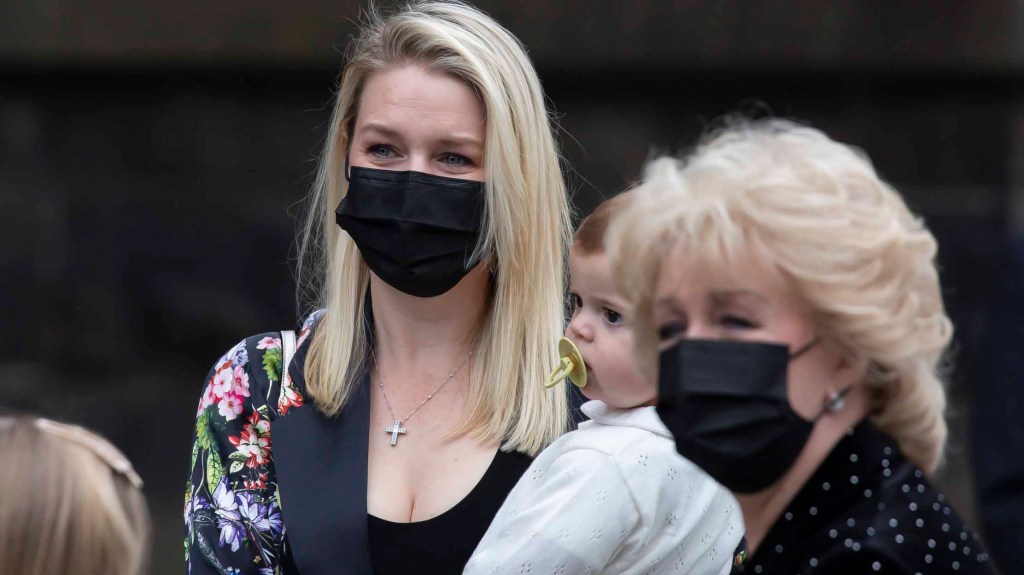 She said her father had loved watching his six grandchildren perform concerts, introducing each one as though he was at the Logies. 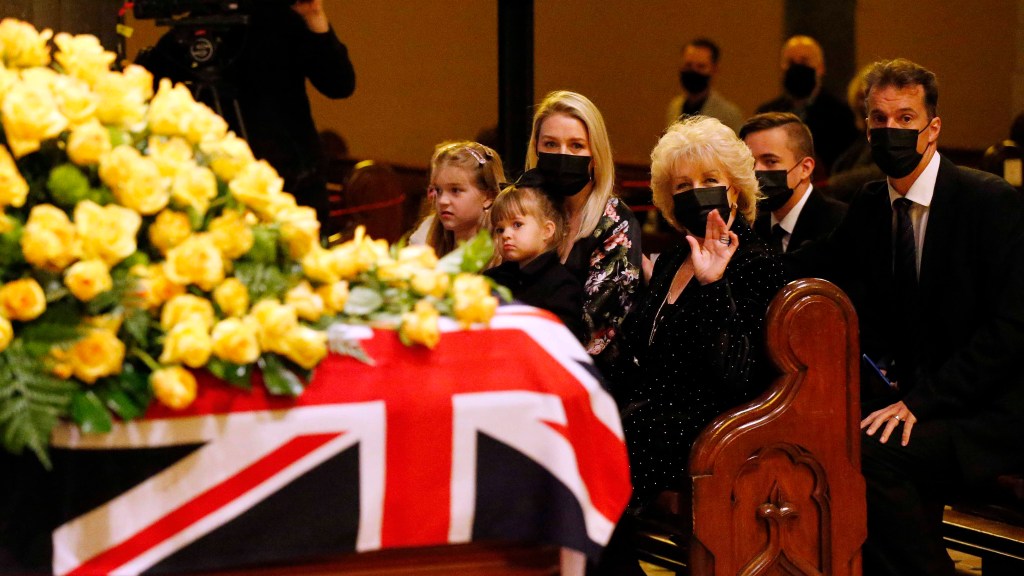 Eddie McGuire gave the eulogy, describing the entertainer’s upbringing in a rough part of Melbourne in the 1950s, having lost his father at 11.

“Seventy years ago, could that young boy have dreamt of what was in front of him?” he said.

Melbourne-born Newton started in radio aged 12 and scaled the heights of the Australian entertainment industry on stage and on screen. 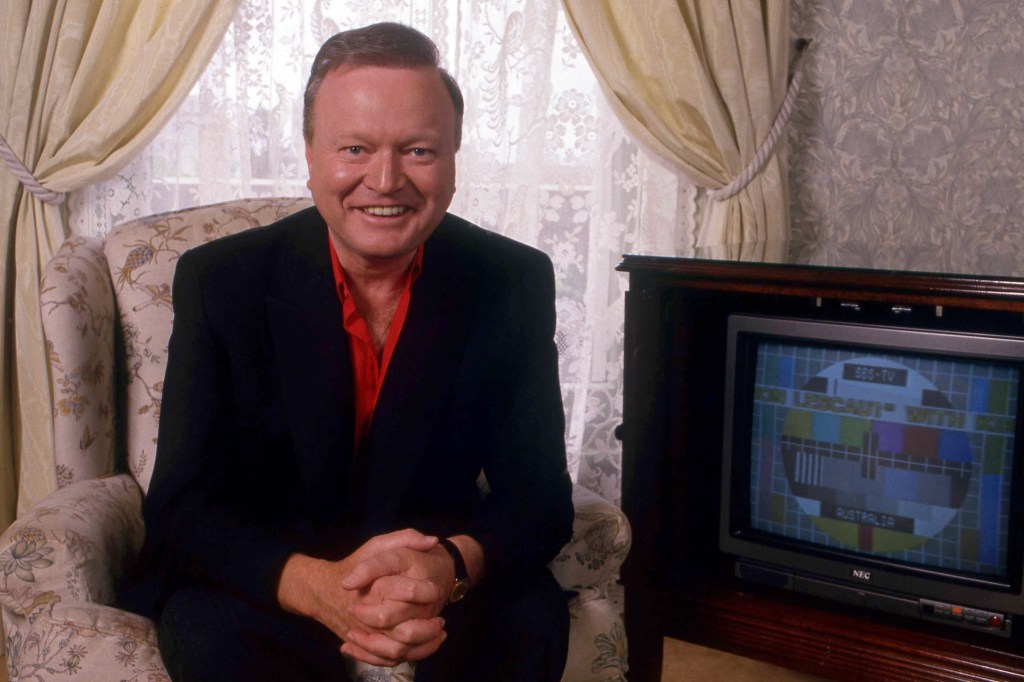 Alongside Graham Kennedy and Don Lane, he was part of a trio known as The Kings of Australian Television.

A stalwart of Australian theatre, Newton performed in Beauty and the Beast, The Sound of Music, Annie, The Rocky Horror Show, Grease and Wicked.

Newton is survived by Patti, his wife of more than 46 years, his children and grandchildren.

Here's one of our favourite moments from Robin Terry & Kip!
bert newton