Well just call us psychic because we were right! Harry Styles is coming to Australia!

Yesterday Live Nation posted a cryptic tweet to a website called ‘tasteslikestrawberries.com’ that had a countdown on it, and just like we guessed, today they announced that Harry Styles will be touring our country!

Following the earlier worldwide announcement of his European and North American ‘Love on Tour 2020’, it’s now been announced that Harry will be heading to Sydney, Brisbane, Melbourne and Perth before jetting off to our neighbours in New Zealand.

This will mark our OneD crush’s first arena shows since his massive 2018 tour and will be a celebration of his second solo #1 album ‘Fine Line’.

Now no doubt you want us to get to the important stuff, how to get your hands on tickets!

You can also get VIP Experience tickets and you can find more deets on those here.

Harry will be joined in his Aussie and New Zealand leg of his tour by UK pop star MABEL.

Find the full dates for the Aussie leg of his tour below: 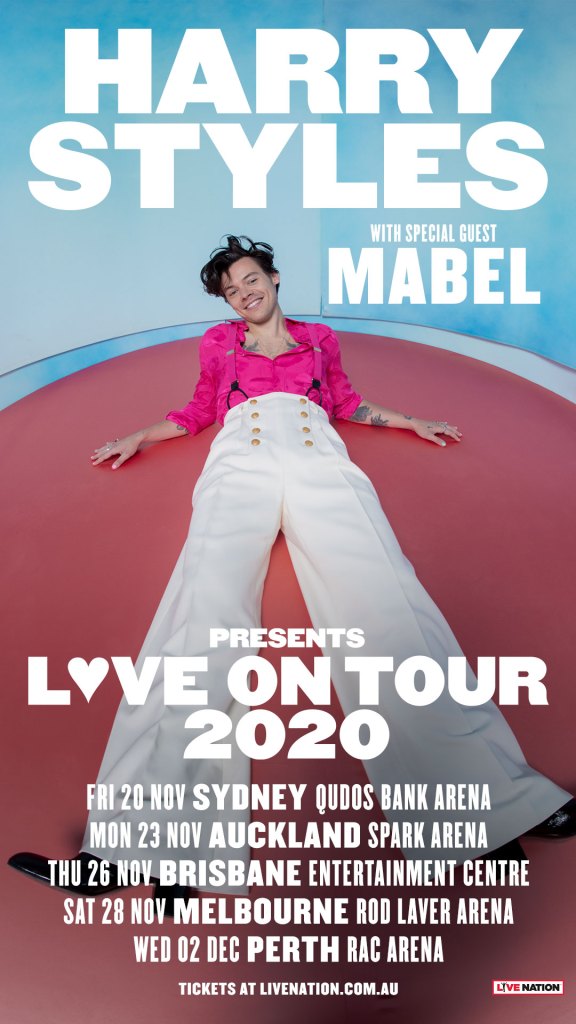