Do you want to know what will happen in Hollywood in 2020?

You don’t need a crystal ball. Here is Tinseltown’s definitive guide to 2020. Every prediction will come true. * And, the great news for Australia is Aussies will be in the thick of the action. **

The Queenslander will not only win an Oscar (see below) next month for Bombshell but she has a couple of box office blockbusters heading to a cinema near you.

Robbie also wins the “2020 Star of a Film with the Longest Title” award when she returns as baseball bat-wielding Harley Quinn in… wait for it… Birds of Prey (And the Fantabulous Emancipation of One Harley Quinn).

Robbie also voices Flopsy Rabbit in the Peter Rabbit 2 (probably not an Oscar winner), is shooting a Suicide Squad sequel and as a producer has a big pot of projects boiling. 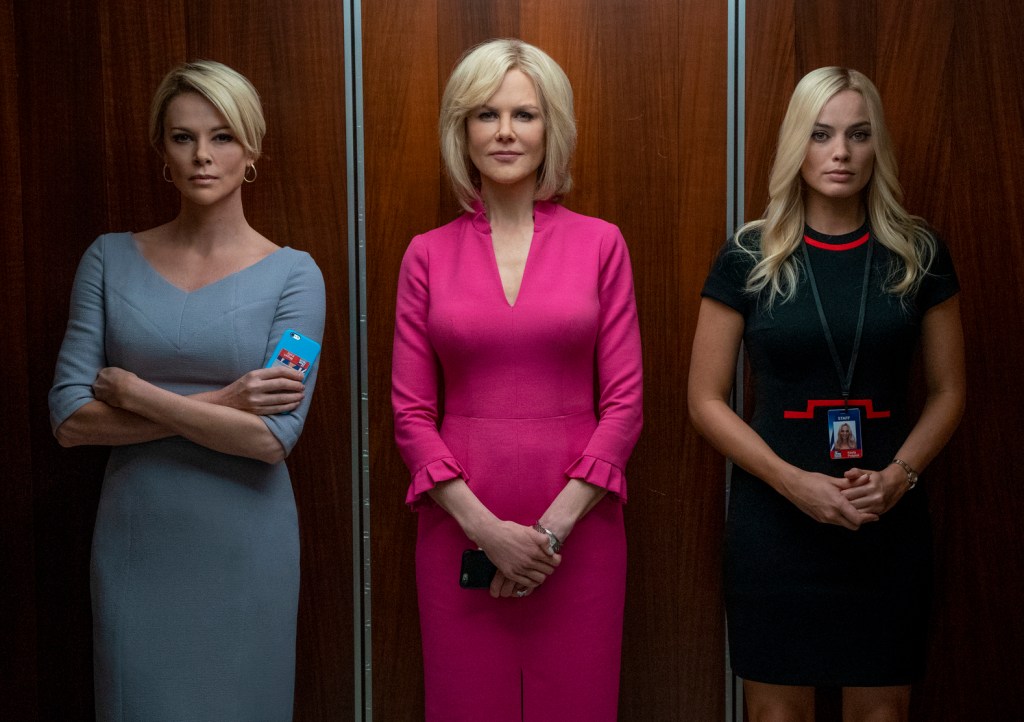 Charlize Theron, Nicole Kidman and Margot Robbie in a scene from “Bombshell.” (Hilary B. Gayle/Lionsgate via AP)

Last year Australia was super excited about its two Oscar nominees – a production designer and screenwriter. It was great, right?

Ok… it was a snooze, but this year expect A-List Aussie glamour with Robbie snagging a supporting actress Oscar nod when the nominations are announced on Monday for playing a producer sexually harassed by creepy Fox News boss Roger Ailes in Bombshell.

Yes, Robbie missed out on a Golden Globe on the weekend but the Globes and their small pool of voters often get it wrong.

Nicole Kidman, who played Fox News star and Ailes’ victim Gretchen Carlson in Bombshell, might sneak into the supporting category.

Academy voters love Cate Blanchett and after her surprise Golden Globe nomination she’s an outside shot in the lead actress category for Where’d You Go, Bernadette.

Laura Dern and Jennifer Lopez will be the biggest threats to Robbie and Kidman in the supporting actress category at the February 9 Academy Awards ceremony.

Ms Dern for Marriage Story while J-Lo (strategically slotted into the supporting category instead of lead) has plenty of buzz for her role as a thieving stripper in Hustlers.

Lead Actress: Oscar voters love a comeback so Renee Zellweger as Judy Garland in Judy will be the winner.

Lead Actor: Joaquin Phoenix (Joker) and Adam Driver (Marriage Story) will battle for this one.

Supporting Actor: Brad Pitt, congratulations. You get an Oscar for Once Upon A Time… in Hollywood.

Best Picture: It’s a boozed-up brawl between The Irishman, Once Upon A Time… in Hollywood and 1917. 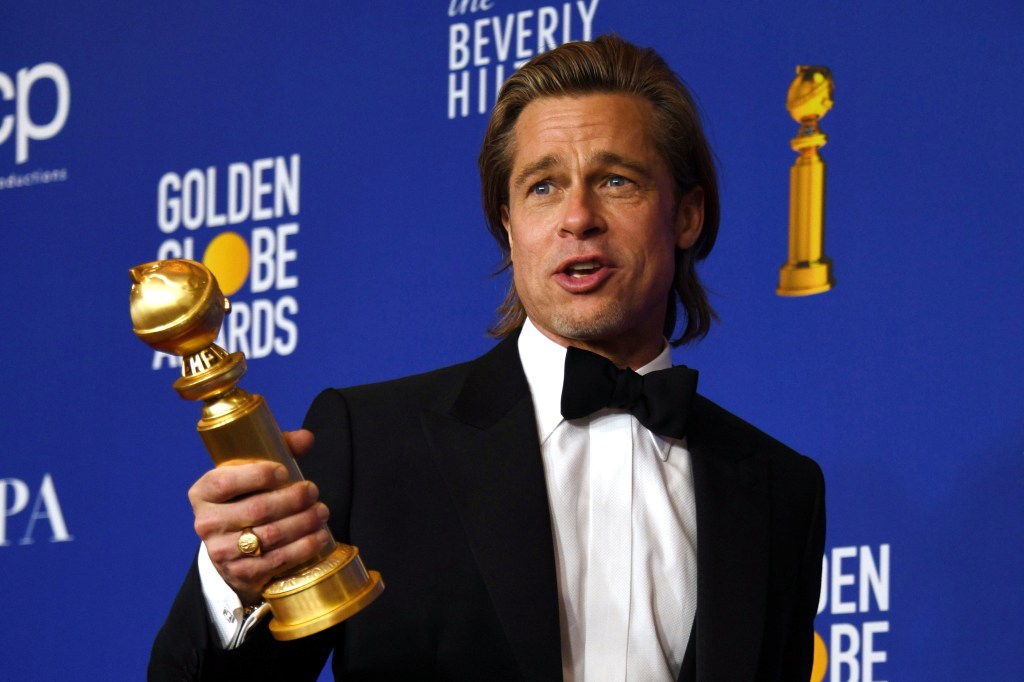 Brad Pitt wins Best Performance By An Actor In A Supporting Role at the 2020 Golden Globes. (REPA/CHRISTIAN MONTERROSA)

Patty Jenkins directs Gal Gadot in their sequel, Wonder Woman 1984, and Kristen Wiig will be the villainess Cheetah.

And, of course, Cathy Yan directs Robbie in Birds of Prey (sorry, I’m not typing rest of the title).

The Grammys are in LA on January 26 and there are plenty of Aussie nominees – alternative dance group Rufus Du Sol, DJ Harley “Flume” Streten, Baz Luhrmann, Christian group For King & Country and The Teskey Brothers.

But the ceremony will still be worth tuning into – particularly if you missed Lizzo’s Australian tour.

The US rapper has the most Grammy nominations (eight) while LA wild child Billie Eilish and rapper Lil Nas X are next with six each.

2020 looks like it will be the year Hollywood finally welcomes back Russell Crowe.

Crowe has been on the nose at major Hollywood awards shows for more than a decade, but the small screen could be his saviour.

Crowe plays Ailes in the TV mini-series The Loudest Voice and not only did he win a Golden Globe and score a Screen Actors Guild nomination but is almost certain to get an Emmy nod later this year. 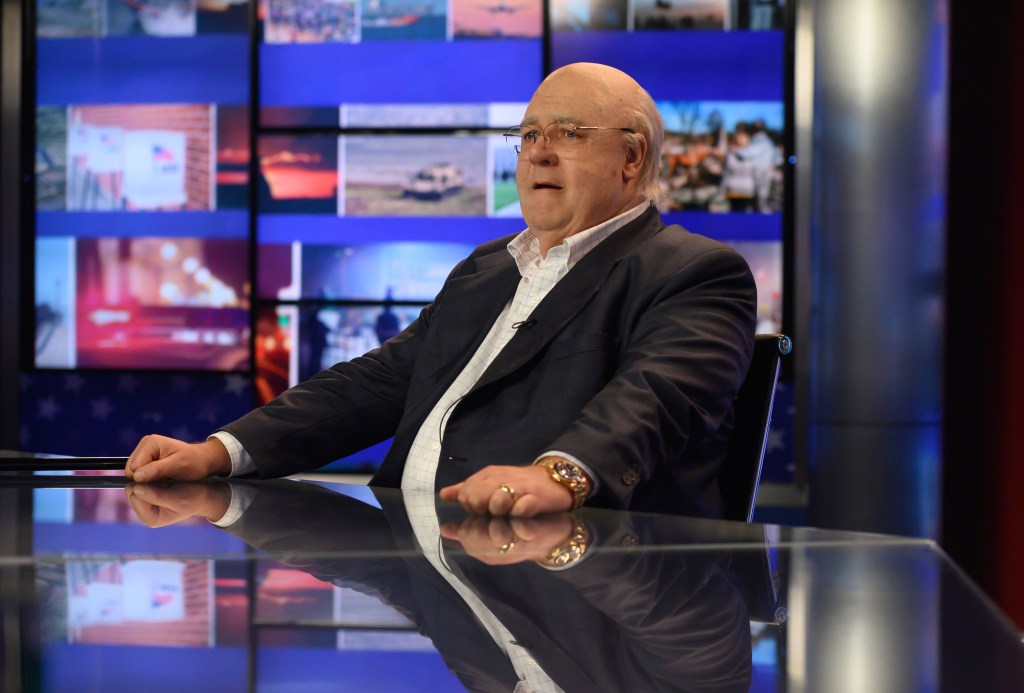 Russell Crowe as Roger Ailes in “The Loudest Voice.” (JoJo Whilden/Showtime via AP)

** Please note: Aussies might not be in the thick of the action.