Everybody’s favourite pudgy town Sheriff Jim Hopper is nowhere to be seen in the latest season of ‘Stranger Things’. He’s been replaced with a very slender (and six-pack having) man lovingly referred to on the internet as ‘Daddy Hopper’.

Seriously, the difference is remarkable. 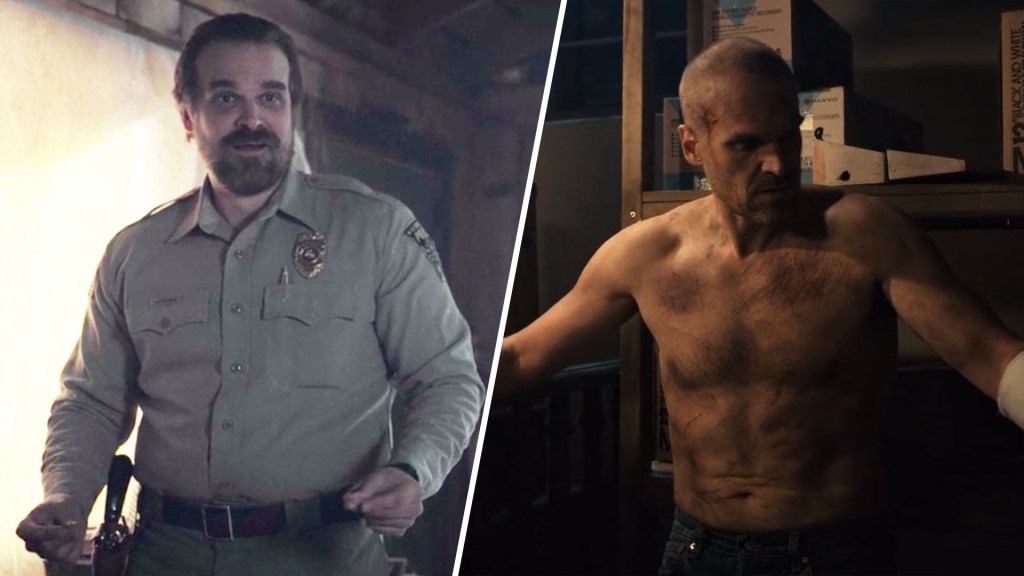 Speaking to British GQ, David Harbour revealed he lost almost 40kg through intermittent fasting and Pilates (hello Sheriff Hopper in lycra). He isn’t keen to do it again though “I lost about 80 pounds from season three — I was about 270 [then], and when we shot [season four] I was around 190,” Harbour said. “I don’t think I’ll ever do that again.” “I have this Santa Claus movie coming out for Universal in December [‘Violent Night’] and I gained [it all back],” he added. “But now, yeah, never again. The prosthetics are too good.”