The people of Brisbane had some pretty high expectation for the Someone Like You hitmaker and Adele did not disappoint. 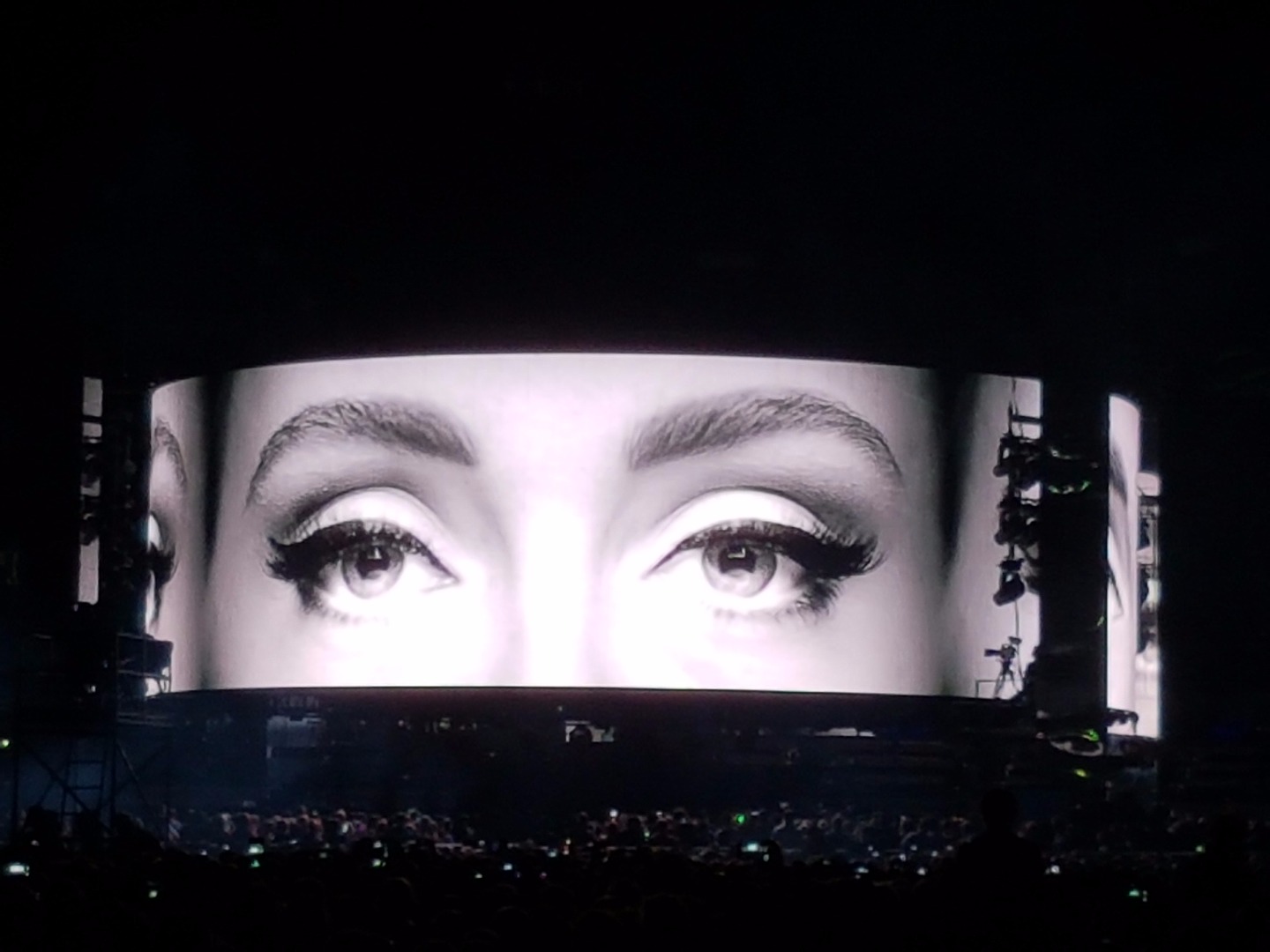 The Gabba turned out to be the perfect venue for a ‘360 degree’ concert. There wasn’t a bad seat in the house as she walked the stage, clocking up at least 5,000 steps on the pedometer strapped to her ankle (by her count), the enormous circular screens above the stage, capturing her performance and setting the mood with footage from her music videos.

Impressively, they synced up the pre-recorded vision of Adele and her live vocals perfectly.

Adele makes that big voice of hers look effortless (even if she does apologise in advance that the key change might make her burp),  the perfect blend of soul, heart break and inspiration and makes her exquisitely crafted pop ballads soar across an audience that’s hanging off every word.

But the incredible vocals aside, it was really her down to earth British charm that made her so endearing as she confessed to the Sunday audience: “I swear a lot. And when I look at the size of these venues I get very nervous, and when I’m nervous I really swear.

“So I’m really sorry if you’ve got kids here. Don’t swear to be mean but do swear to have a laugh – it’s good fun.”

It’s hard to select a favourite song because all her hits were included – from the show-starting Hello, to Chasing Pavements and Hometown Glory from her debut album 19, to fireworks bursting from the stage in the anthemic Set Fire to the Rain, the confetti filled explosion of Rolling in the Deep, or the gut busting singalong finale of Someone Like You, where Adele confirmed to the audience a second time that she was in fact married.

A secret she managed to keep for five years! Up until her acceptance speech for Record of the year at last month’s Grammys, she’d never publicly referred to her partner as her husband.

But that was a story she was more than happy to share with Brisbane when Adele spoke to a fan celebrating her wedding anniversary: “29 Years – You do not look old enough. Look at that. I just passed my fifth. I’ve got a long way to go to be on your level.” 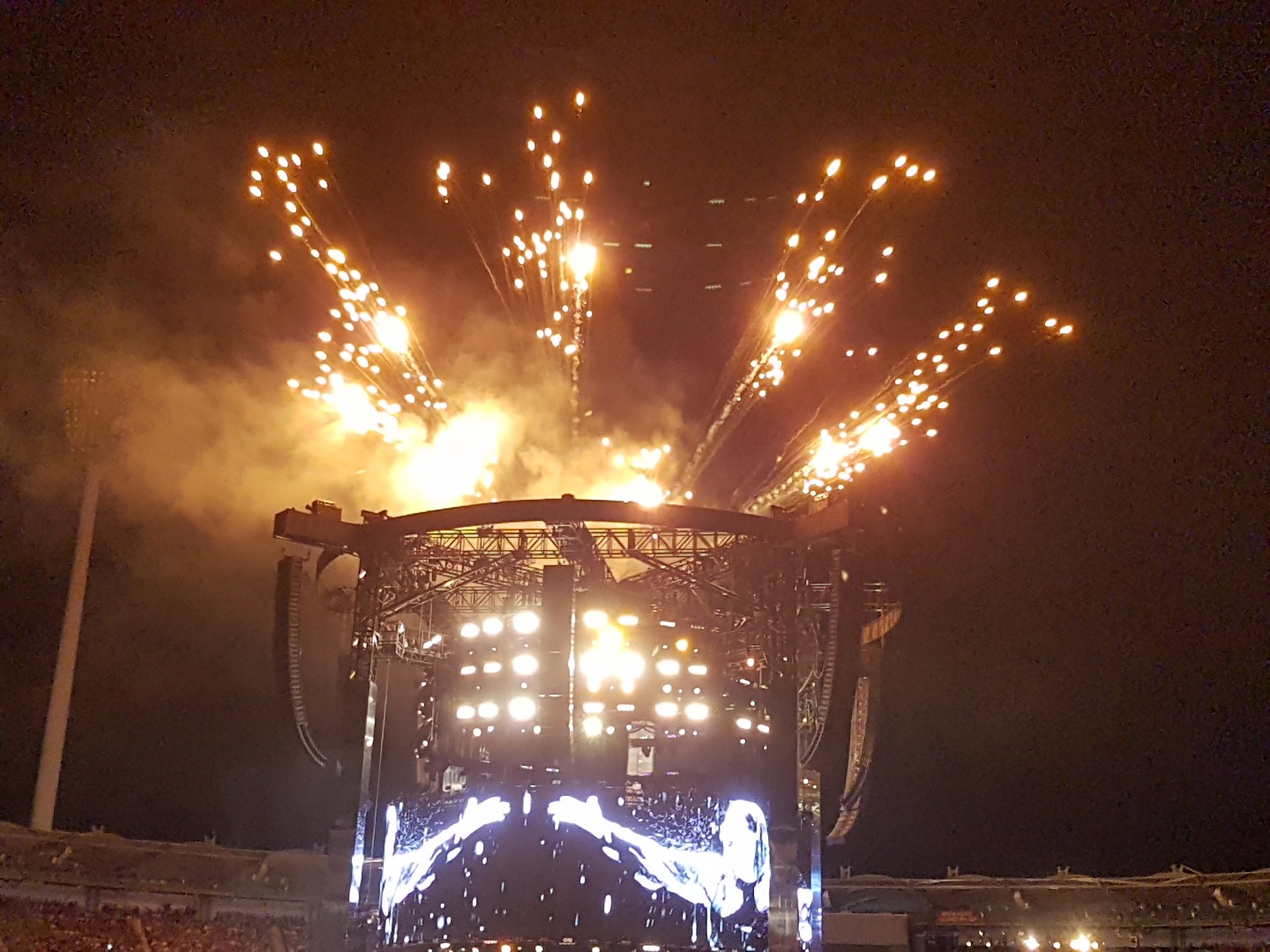 Adele certainly made full use of being in a huge stadium as giant inflatable balloons bounced their way around on the fingertips of the eager crowd, and in a move more sport than song, Adele even fired off a t-shirt cannon into the crowd with a twenty strapped to it so we could have a drink on her.

The evening ended with a million handwritten notes exploding into the air via confetti cannon – thanking us for being there. 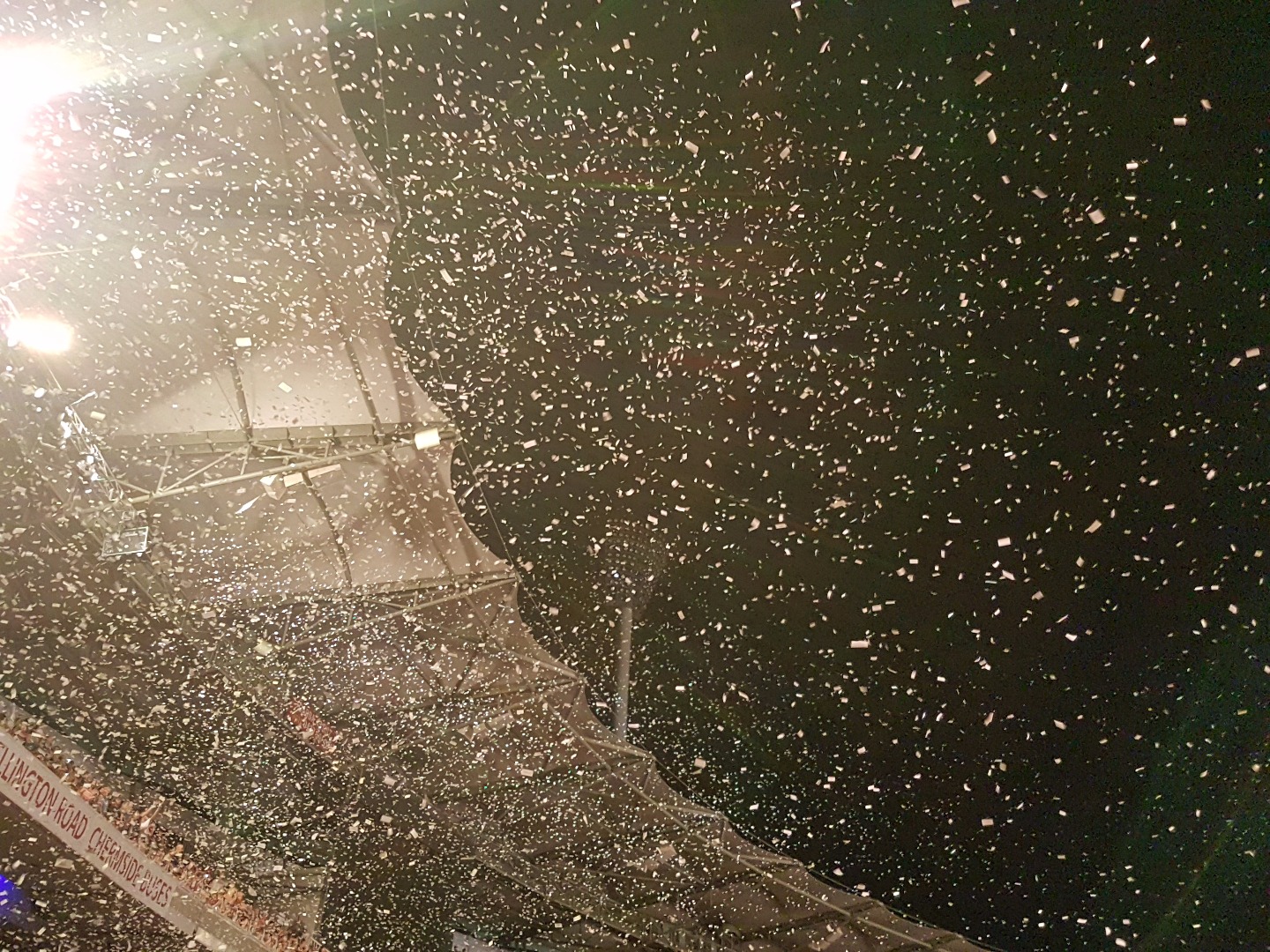 Well Adele, it was our pleasure. Thank you for coming. Brisbane welcomes you back anytime. 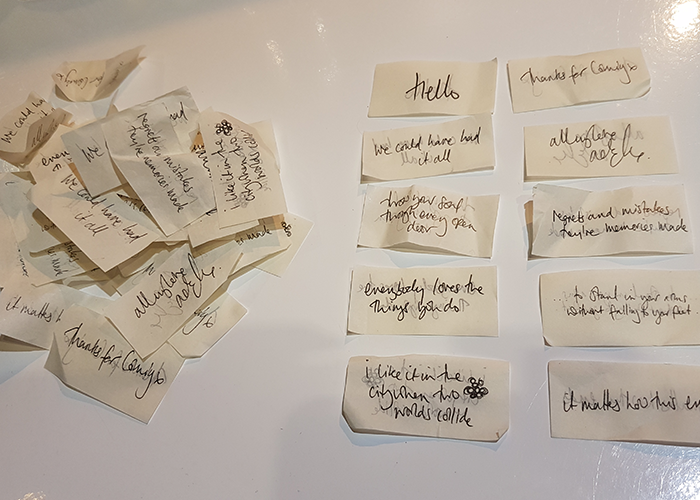 The One Place In Brisbane Where The Heat Didn’t Matter