The “Sucker” singer dyed his hair neon pink for Breast Cancer Awareness Month and took to social media to show off his new look. The 31-year-old pop star snapped a selfie of his freshly-dyed hair on his Instagram Stories on Friday along with a pink ribbon emoji to symbolise breast cancer awareness.

It’s a pretty drastic colour choice for the Jonas Brothers star, who previously rocked a bleach blonde buzz cut back in August. It’s also the latest transformation Jonas has made since welcoming his first child, daughter Willa, with actress-wife Sophie Turner. 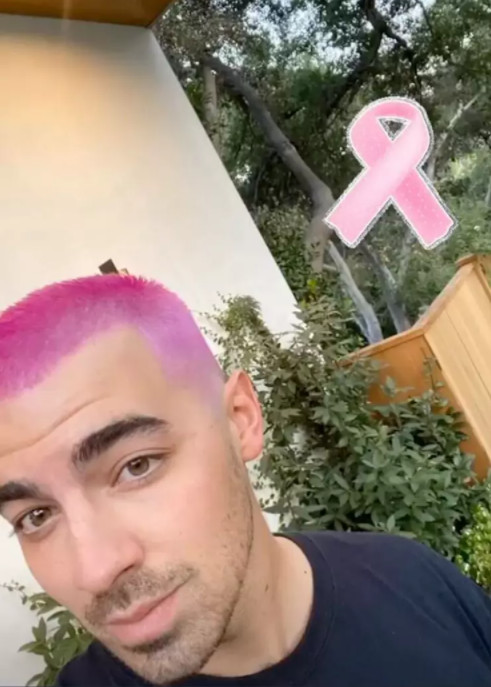 Although the stars have been impressively quiet about their pregnancy and the birth of their baby girl, the Game of Thrones star finally celebrated her journey toward motherhood when she posted never-before-seen images earlier this week from when she was pregnant.

Last week, Turner shared three separate photos in which she bared her baby bump by the pool and while dressed in pajamas. It was the first intimate look fans got at her pregnancy since the couple reportedly welcomed their daughter on July 22 at a hospital in Los Angeles.

Since giving birth, the new parents have been head over heels about Baby Willa. “The couple is already obsessed and can’t stop gloating about their new addition,” a source told Entertainment Tonight. “The couple is taking time to enjoy this special moment and have only shared the news and updates with family and friends.”