Justin Bieber is on the mend.

The 24-year-old singer announced on his Instagram Story Friday (April 12) that he is on the road to recovery, less than a month after admitting he was “struggling” with his mental health.

“Getting better every day .. bouncing back .. I will never stop fighting,” he captioned a shirtless selfie on his Instagram Story. “Most challenging season of my life,” Justin added.

The “No Brainer” singer’s positive mental health update, came nearly two weeks after he publicly embraced his decision to seek mental health treatment. “It’s cool to have a healthy mind and emotions,” he captioned a shot of him in a “therapy session.” 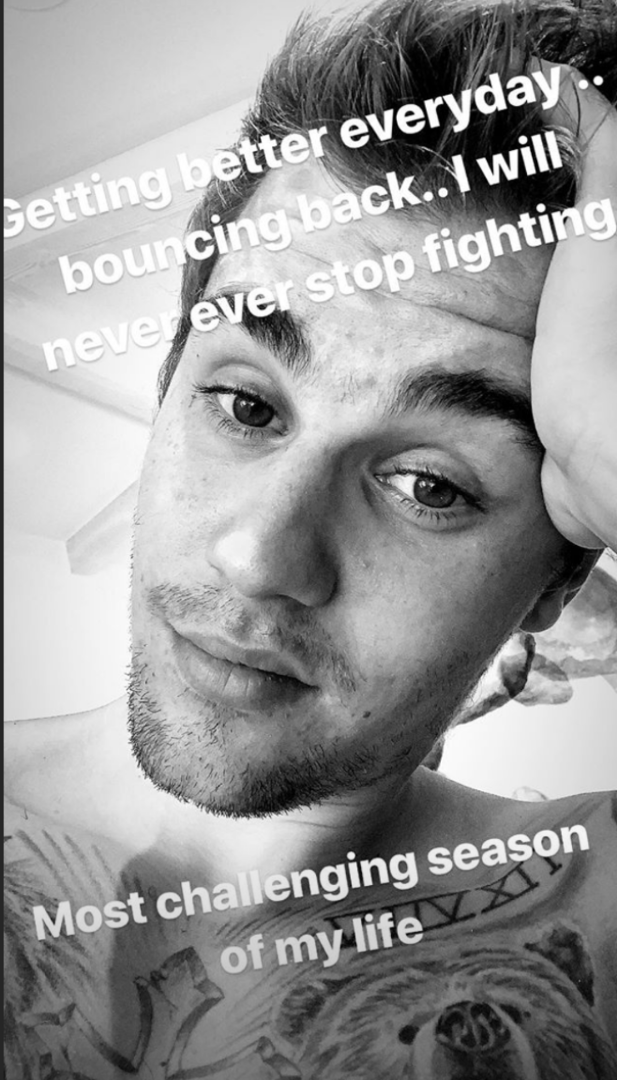 Last month, in a candid Instagram post, the newly married singer asked his fans for their prayers after admitting he’s “struggling.”

“Just wanted to keep you guys updated a little bit hopefully what I’m going through will resonate with you guys. Been struggling a lot. Just feeling super disconnected and weird,” he captioned a throwback black-and-white photo of him praying before a show. “I always bounce back so I’m not worried just wanted to reach out and ask for your guys to pray for me. God is faithful and ur prayers really work thanks .. the most human season I’ve ever been in facing my stuff head on..”