Nikki Reed, known for her role as Rosalie Hale in Twilight, has spoken to the Insider about the cult hit.

The actress reveals that she only had ONE piece of memorabilia from her 5 years filming the movie series and she didn’t even take it herself.

She still has her sneaker shoes from the ICONIC baseball scene which apparently Kristen Stewart stole for her. 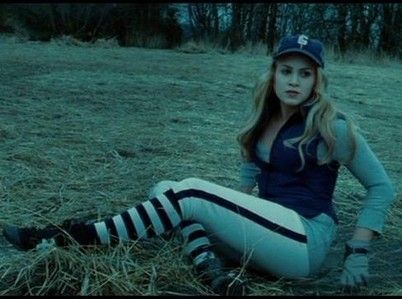 “I just could never take anything from the set because I’m such a rule follower…and then I remember Kristen being like ‘This is not a big deal. You can just have your shoes.”

Whilst probably being totally right… there’s a difference between the LEAD FEMALE doing it and a supporting actress, ya know what I mean?

The rules are different.

The duo were super close on set and and apparently used to gift each other Converse shoes all the time- Which is so cute and such a ‘2008’ thing to do.

“I was like, ‘Oh man, this is the best thing ever!… and I still have them'” Reed said to the publication.

Here's one of our favourite moments from Robin Terry & Kip!
kristen stewart twilight