Shockingly enough, the pair are only 5 years apart – in the film, Thomas was 13 and Keira only 18.

After the viral tweet was unearthed, fans were quick to state that the character Sam looked considerably younger than 13 and Knightley’s Juliet appears more mid-twenties than barely 18.

Yearly reminder that there is only a five year age gap between Thomas Brodie-Sangster and Keira Knightley in Love Actually pic.twitter.com/ciC4v75ZPO

One fan wrote, this cannot be true. Knightley has to be older than me because she has been playing an adult longer than I have been one.’ 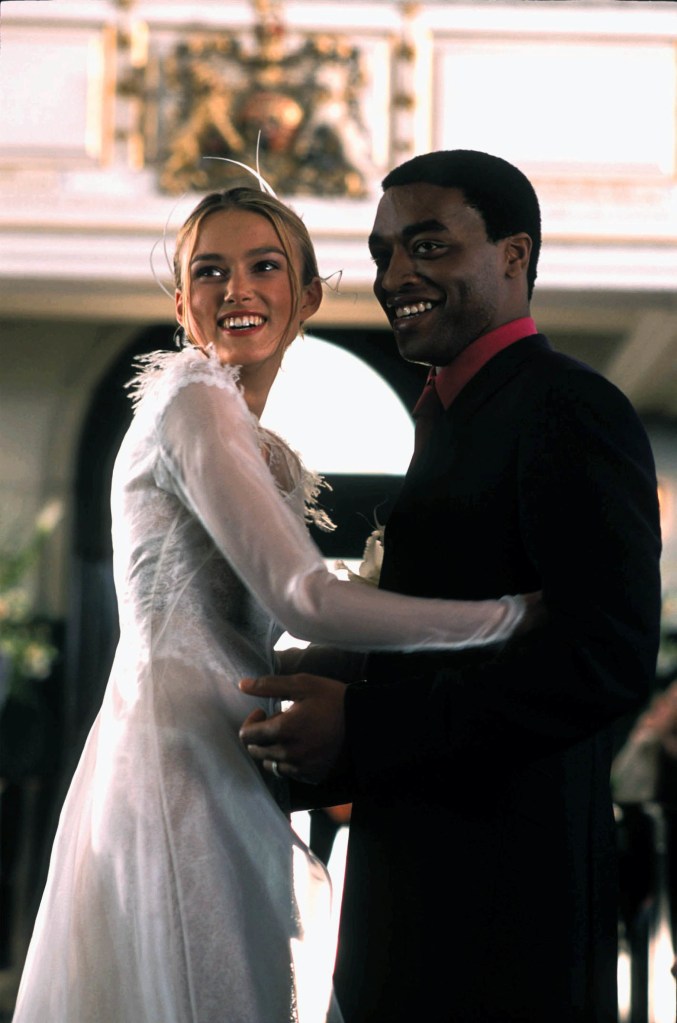 Last year, Emma Freud, the films script editor said she wouldn’t cast Keira if the film was produced today. She told news.com.au: ‘I know Richard [Curtis] would cast either Saoirse Ronan or Lily James as the young bride.

‘Lots of them would be the same, Hugh was a surprisingly young Prime Minister, but would be searingly realistic now.

‘And there will never be a better Karen than Emma [Thompson], even when she’s 90.’