It’s been the most controversial season in history, and it appears the drama will escalate to the max during Married At First Sight’s reunion episode.

In a newly released trailer, Cyrell is captured throwing a glass of red wine at Martha, staining her white dress.

Sam and Mike are seen guarding Martha from Cyrell during the confronting moment. 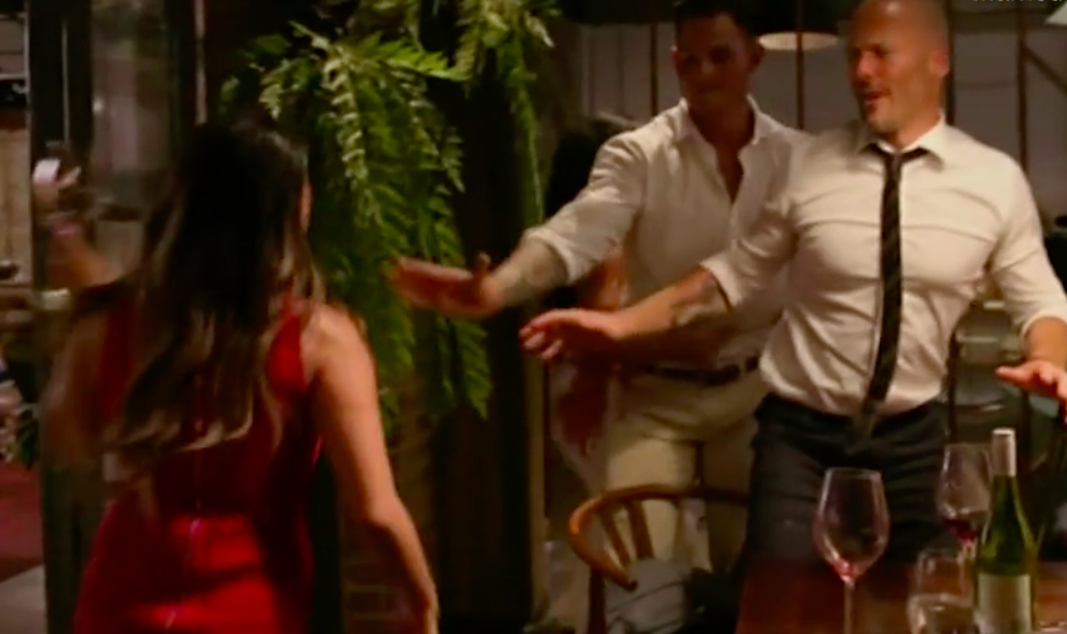 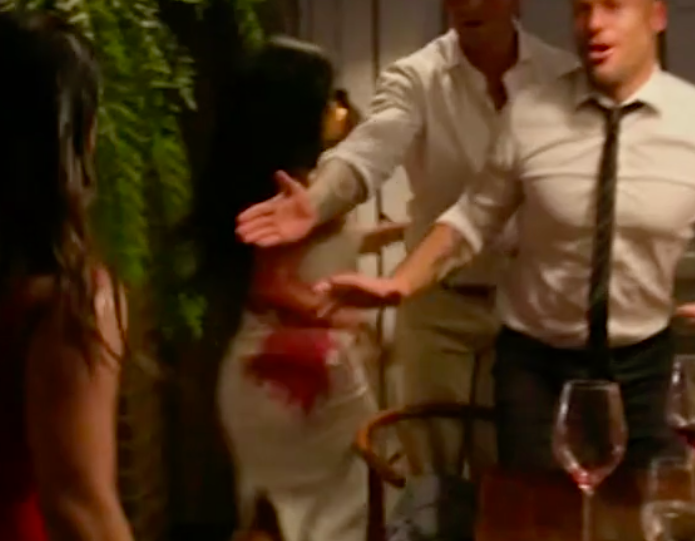 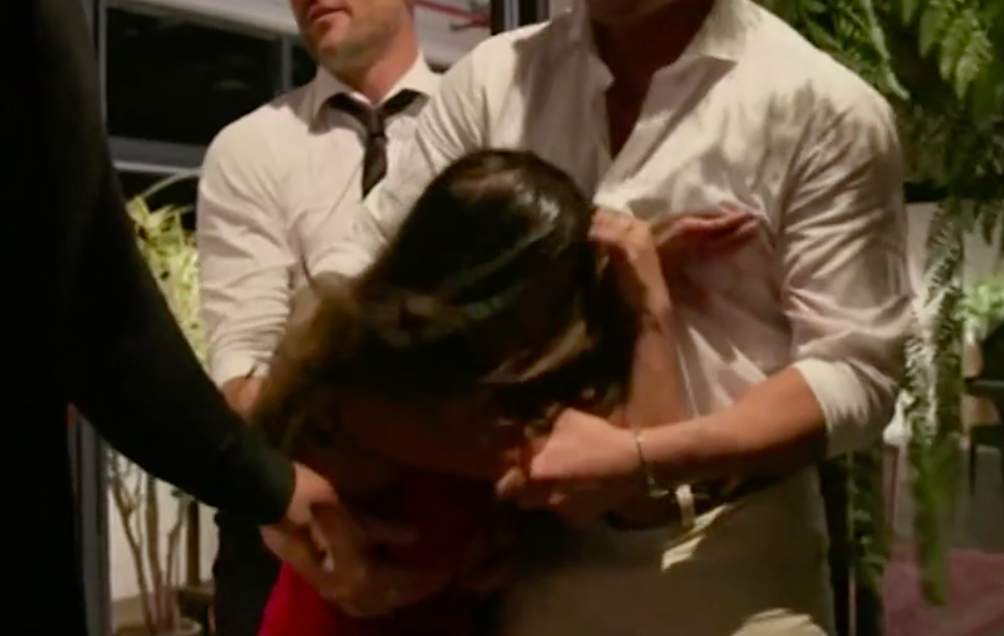 This is the second physical altercation the two have been involved in. The first revolved around an incident where Cyrell’s ‘husband’ Nic reportedly touched Jessika’s leg – a rumour that Martha allegedly started.

“I genuinely don’t like you,” Cyrell said to Martha, who was sitting on her lounge in a dressing gown and face mask.

“Get out of here. Have some respect,” Martha’s husband Michael is heard saying as Cyrell is escorted out by producers.

The above trailer also shows Ning and ‘husband’ Mark crying, and Heidi and her ‘husband’ Mike suffering similar emotional breakdowns.