We were all fixed to our screens as Cyrell barged into Martha’s room in last night’s episode of Married At First Sight to confront her about a rumour she started about Nic.

With tensions running high, it’s understandable that quite a few of us failed to notice a pretty obvious editing mistake during ‘that’ scene.

But, let’s take a look at what happened directly before the fight. We see Cyrell putting on her heels to confront Martha before being filmed speaking to her in a pair of black boots. 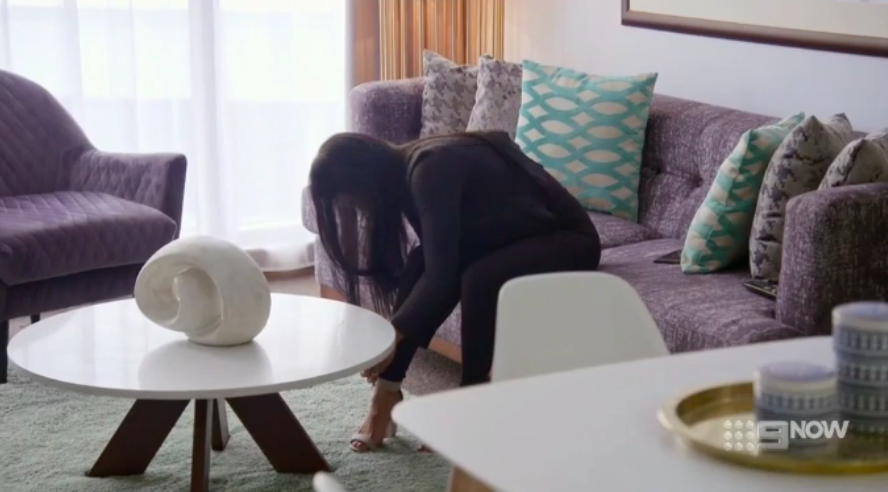 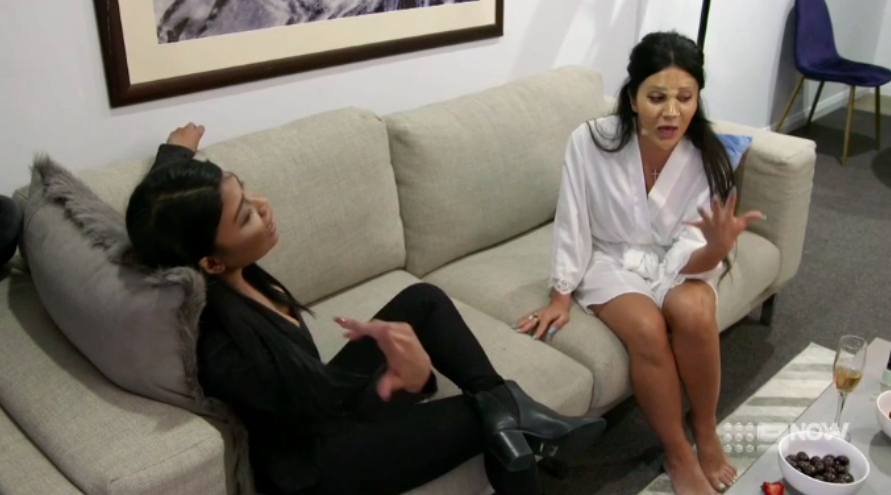 During the fight, Cyrell physically attacks Martha forcing producers to step in and drag her away. They then found themselves in the firing line after the 29-year-old threw a ceramic fruit bowl at them.

A raging Cyrell is then seen packing her bags and fleeing while telling her ‘husband’ Nic to “get the f*** away from me”.

The fight occurred after Cyrell found out Martha had started a rumour that he had seductively touched Jessika’s leg at the dinner party.

“Go get that b**** now, I’m sick of this s***,” Cyrell said in response to the rumour, prompting her to head directly to Martha’s room.

Speaking to Martha about the rumour, Cyrell raged: “I’m just going to be straight up and frank with you, I genuinely don’t like you.

Not long after Martha responded, “B****, if you f***ing swear at me,” causing Cyrell to violently grab her.

Think it ends there? No way, Jose!

At the beginning of this scene, Cyrell asks Martha whether Michael is in the room, to which she responds, “no”. However, once Cyrell storms out of the room, Michael is back, and standing there next to Martha in a pink dressing gown.

Did we miss anything? Let us know!