Michael Buble has gone viral for a very corny reason.

The singer set the internet abuzz after he was photographed walking through Disneyland while eating corn on the cob in a very unusual way.

He appears to be trying to bite it vertically, rather than nibbling on the corn kernels horizontally. Naturally, the internet had a field day with this and Photoshopped the pic in all kinds of hilarious ways — some not suitable for work.

Michael finally addressed the photo with his own humorous Instagram response Friday. “This is vegetable harassment !!!” he writes. “What I do with my [cob] is nobody’s business.” He ends with the punny hashtags #mesocorny and #shuckme. 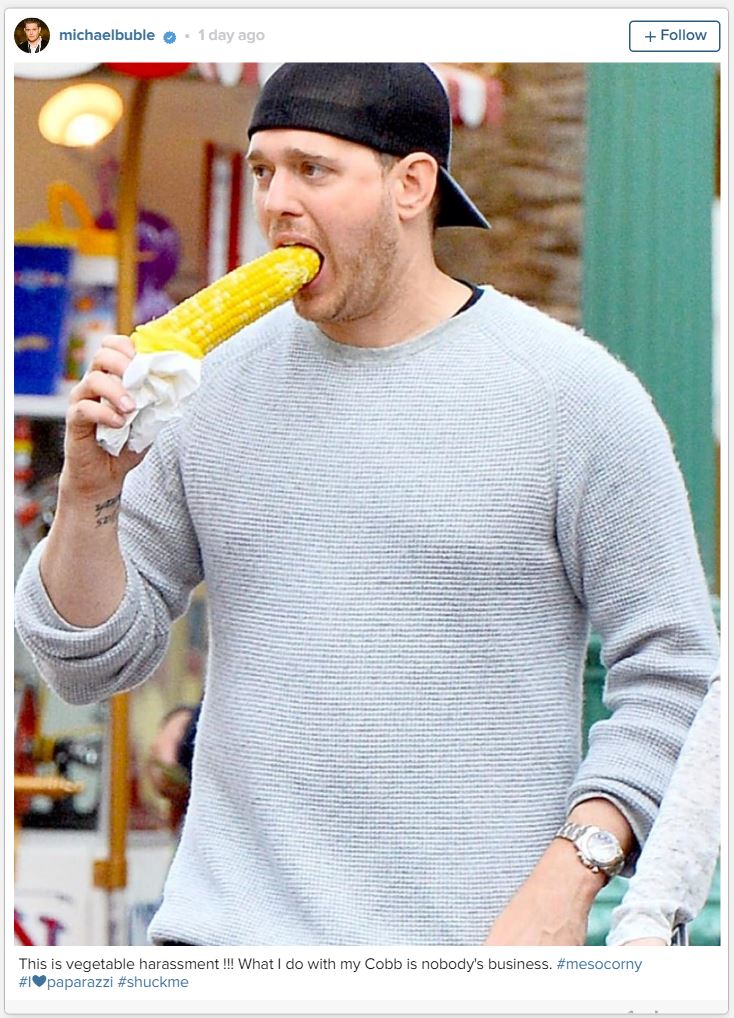