Lil Nas X is big on collabs after partnering with Billy Ray Cyrus on his hit song ‘Old Town Road’ but his latest collab has got to be the most strange one that we’ve ever heard of!

Legit, we feel like we’re dreaming even as we write this because it’s so darn odd, but it looks like Lil Nas is doing something with Aussie kids group, The Wiggles!

The American singer/songwrite/rapper posted a picture to his social media accounts of the original four Wiggles and himself.

There is literally no other explanation but Lil Nas does have a song out at the moment called Rodeo so it sounds like he’s collating with the ‘Big Red Car’ singers on a remix of the track… We think? We honestly have no idea but we’re definitely intrigued.

Anthony, the OG blue Wiggle, reshared the image to his Instagram story but without adding any other explanation. 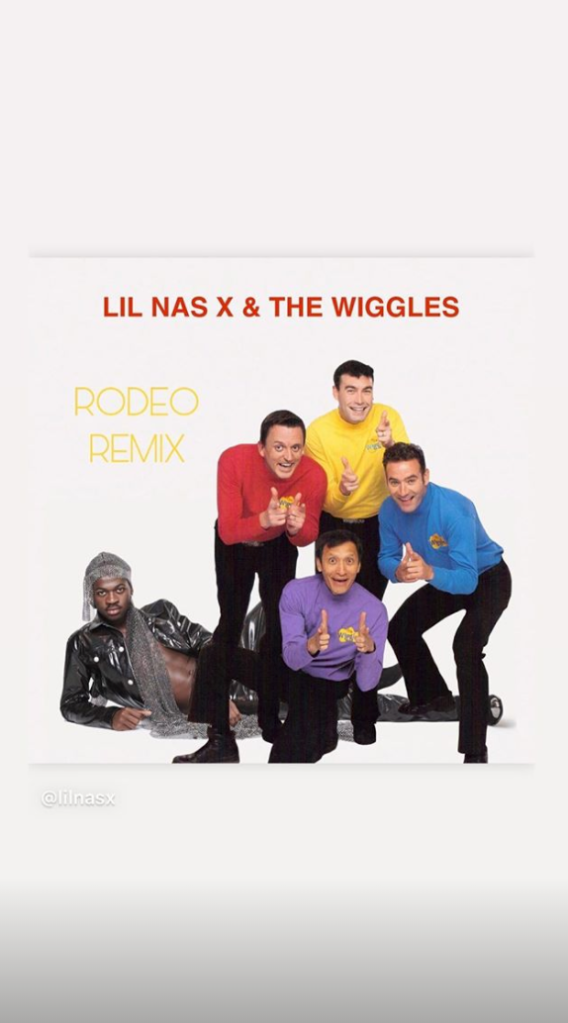 The original Wiggles, Murray, Jeff, Anthony and Greg recently reunited for a fundraiser concert for bushfire relief and Greg went into cardiac arrest during the performance.

Thankfully he’s since been released from hospital and seems to be doing okay.

But could the Wiggles be heading back into the spotlight so soon? We’ll have to wait and see to find out more!