Later this month, the seventh and final season of Orange is the New Black premieres on Netflix, but one of its stars will see an even bigger premiere later in the year – her first child.

Danielle Brooks, who has played “Tasha ‘Taystee’ Jefferson” since the show began, gleefully announced on social media that she is 20 weeks into her pregnancy.

In a post sponsored by Clearblue pregnancy tests, the 29-year-old Tony Award nominee put up a photo of herself holding a positive test with the caption, “When one chapter ends, another begins. Super excited to share with you my new beginning,”

So elated to finally share this news with you all. I’m happily pregnant! @Clearblue #ClearblueConfirmed #clearbluepartner

Among the thousands of people congratulating Danielle were co stars like Natasha Lyonne, Laverne Cox, Jackie Cruz, Jessica Pimentel and Kimiko Glenn, as well as celebrity friends including Octavia Spencer, Gabby Sidibe and many others. 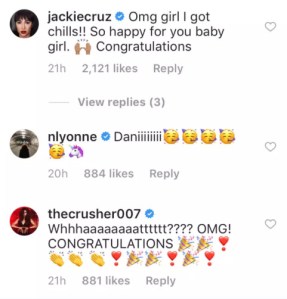 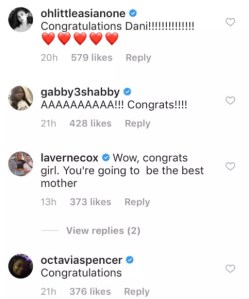 Keep up to date with Danielle and her pregnancy by following her here.

Here's one of our favourite moments from Robin Terry & Kip!
oitnb orange is the new black