Many tend to forget the Great Barrier Reef is a living organism – the world’s largest one, in fact.

She’s been protecting our coastlines, preventing tidal waves and tropical storms from washing away our cities. She’s regulating the carbon dioxide levels of the ocean to combat climate change and keep our air and beaches clean.

She’s created a nursery to more than 10% of the planet’s fish species, helping to maintain the world’s fish populations.

She’s even contributing to the Australian economy by generating $6.4 billion every year, supporting over 64,000 jobs and holding a modest net worth of $56 billion (Yep – that’s about twice the worth of Aussie bazillionaire, Rupert Murdoch).

But, despite her massive contribution to our country, she continues to be denied the one basic right of every Australian – the right to live.

That’s why LADbible Australia are asking the Australian government to grant the Great Barrier Reef Australian Citizenship, to grant her the rights and protections she deserves – but they need your help.

By signing here, LADbible Australia are hoping to pressure the Australian government into making this great Aussie icon, a great Aussie Citizen, so those in charge are obliged to make decisions in the interest of her health.

The campaign aims to highlight the significant threat to the Great Barrier Reef’s survival caused by rising sea temperatures associated with carbon pollution. 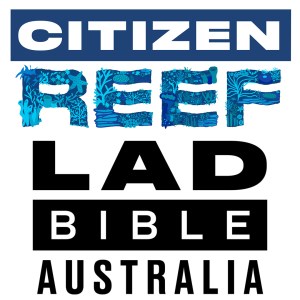