The Duke and Duchess of Sussex brought joy to onlookers in the English town of Birkenhead as they made their first official outing for 2019.

While in town for a series of engagements, the couple were met by crowds of locals, who clapped and cheered as they laid eyes on the Royals. 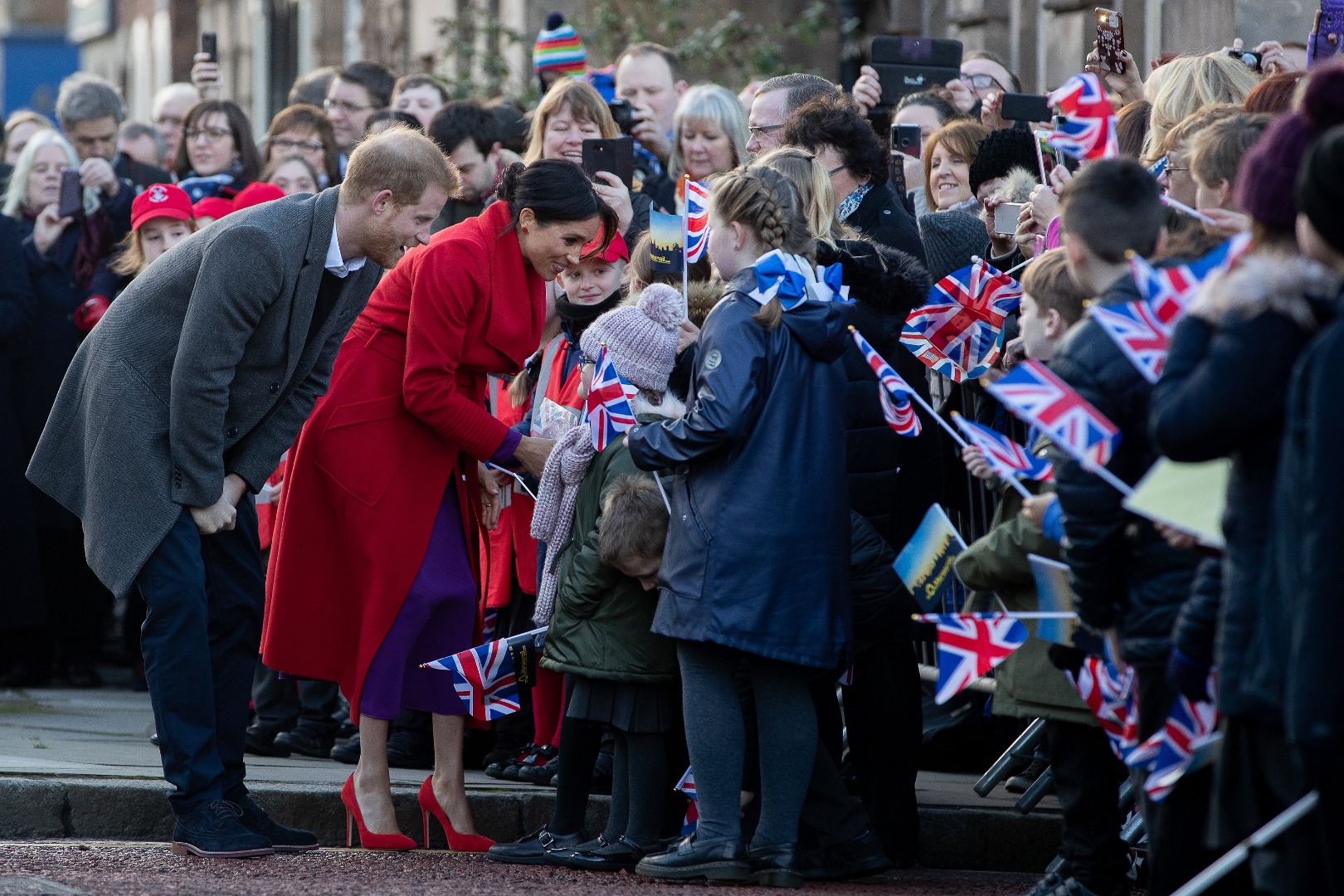 Confirming that she can only look absolutely fantastic, Meghan wore an amazing colour combination of bright red and purple. The striking dress is from Canadian label Aritzia, and the stunning coat by Sentaler. 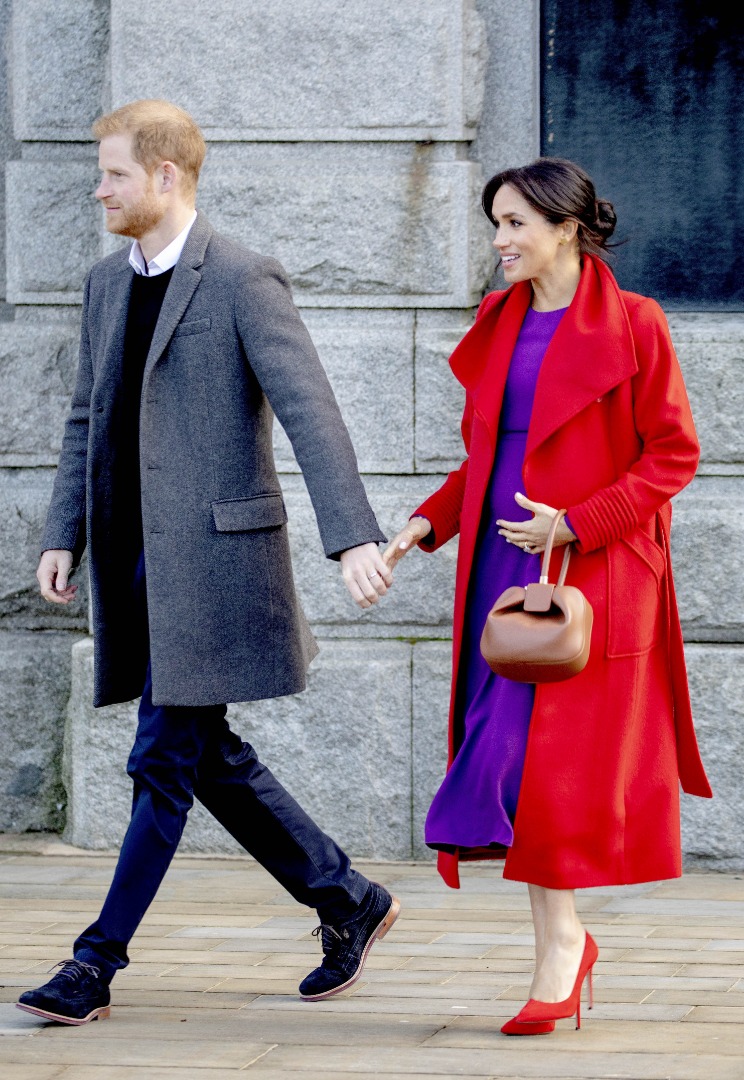 Meghan’s held a Gabriela Heart handbag and somehow still wore a pair of red Stuart Weitzman stilettos even though she is now heavily pregnant. 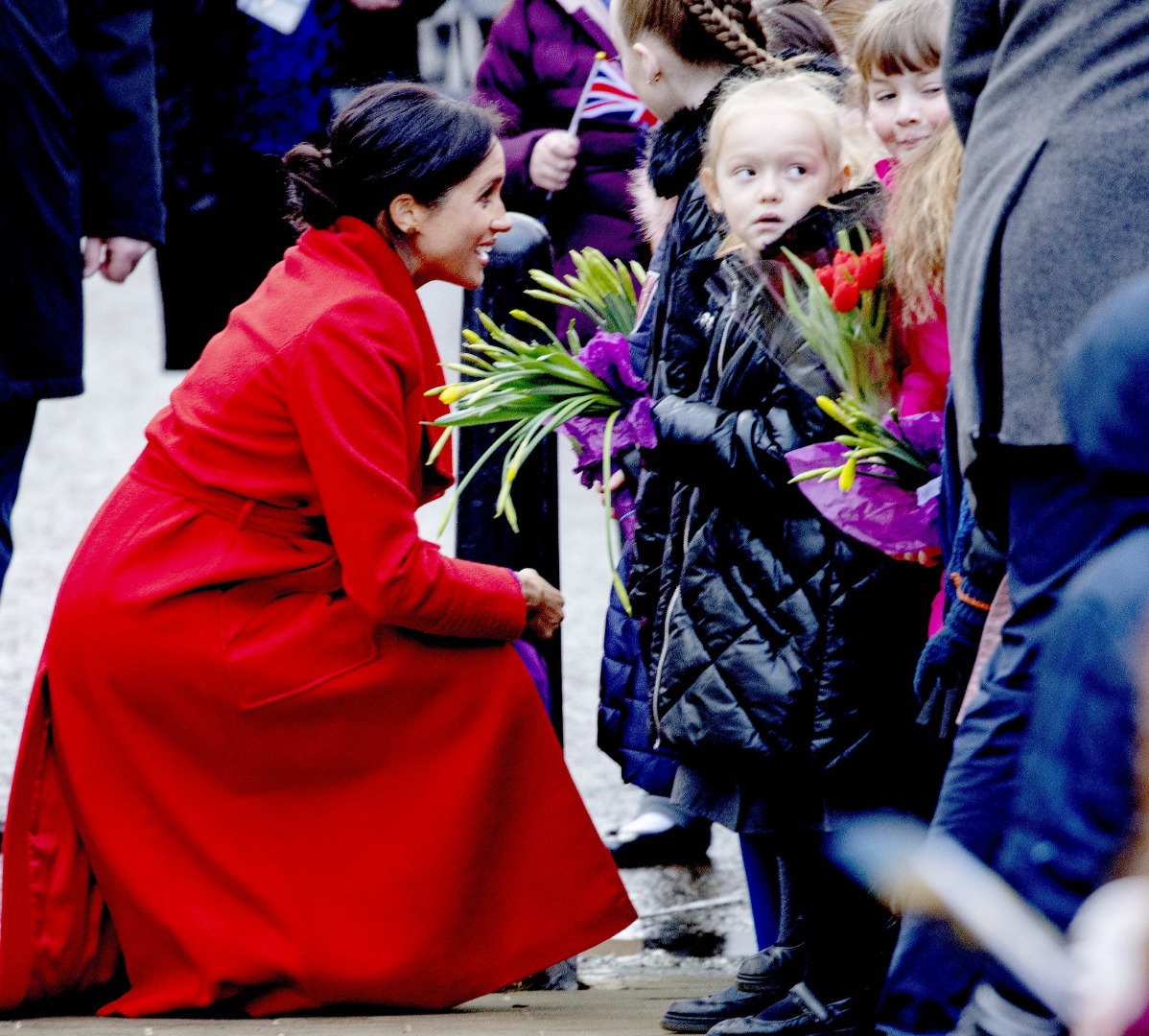 While chatting to locals in the crowd, Meghan confirmed that she is currently six months pregnant.

Royal fan Carla Gand told People, “We asked her how her pregnancy was going and she said she was six months and she tapped her tummy.”

Meghan has told wellwishers in Birkenhead that she is six months pregnant – due end of April/beginning of May! Lots of baby chat today! #dukeandduchessofsussex

The Duchess also told others who were gathered there that she was due in late April or early May, and revealed that the couple were keeping the baby’s gender a surprise – for everyone!

Prince Harry and Meghan Markle first announced their pregnancy in October 2018, just before they began their royal tour to Australia and New Zealand.

We can’t get over how absolutely gorgeous this photo of the couple is – and even though we already knew it, it confirms how adorable and in love they are! 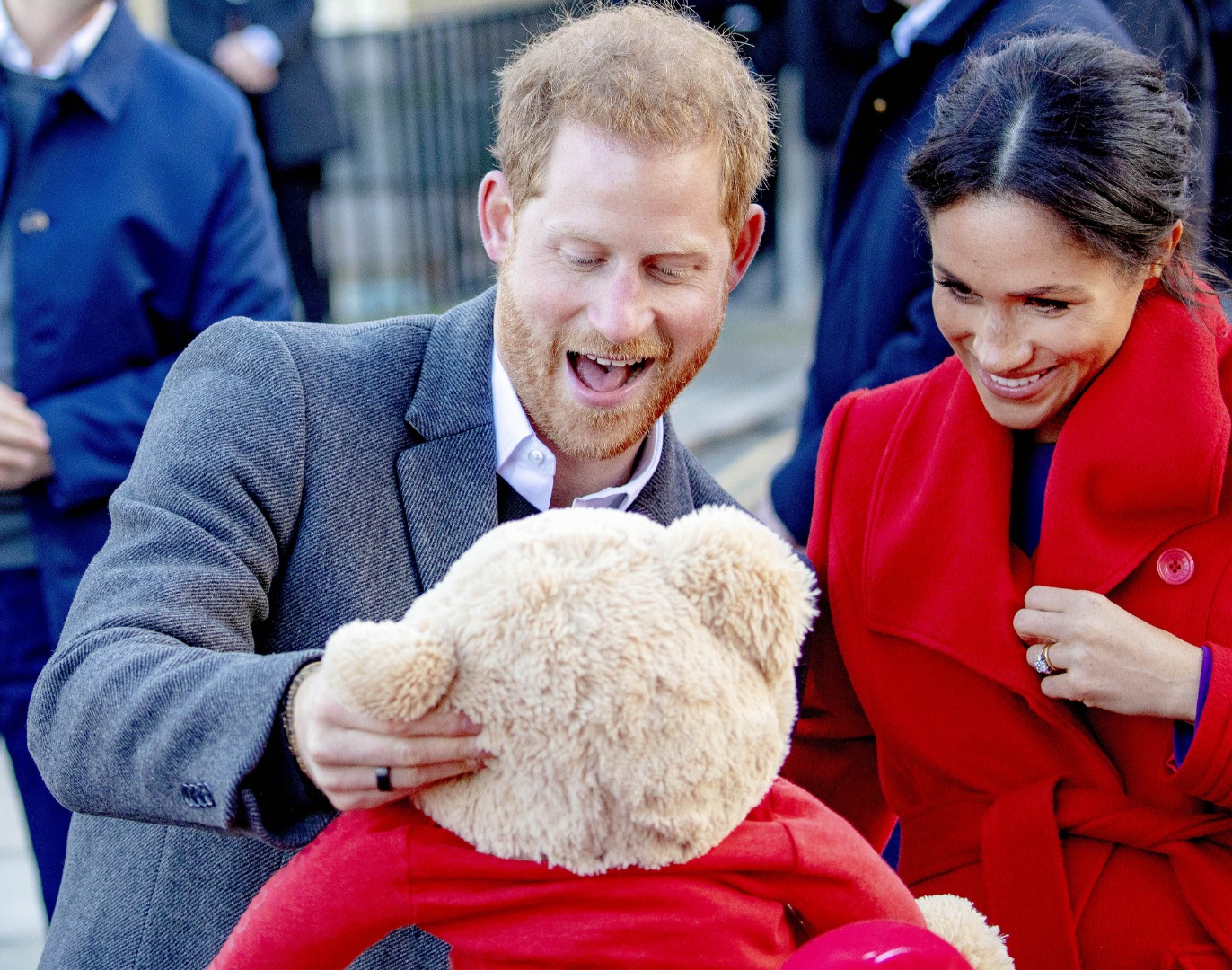