Last night we watched Booka walk down the aisle with elegance and beauty to her new husband Brett. But behind the wedding dress is a rock and roll queen who’s taken the heavy metal world by storm. 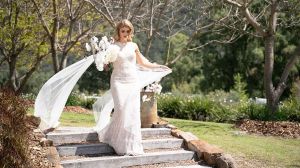 Booka Nile, 31, revealed that she’s spent the last four years travelling the world with her band Make Them Suffer.

“My life for the last four years has been travelling the world. Nine of the 12 months of the year playing in a metal band and it’s one of the best feelings in the world. The first time I played a festival, not being able to see the end of the crowd was wild”, Booka said on last night’s episode. 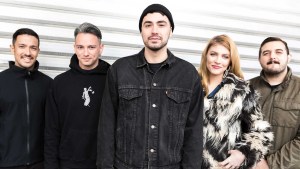 So how big is Booka’s heavy metal band? Spoiler: very

On Facebook, the band has 248K followers, they have over 361K listens on Spotify every month with their most listened song Hollowed Heart having over 6 million streams.

On YouTube, the band has millions of views on their videos and fans sound crazy about the band with one commenting “Australians are built for metal, I’m convinced. Australian metalcore hits different.”

Booka said that life on the road is lonely and she’s ready to find someone to share her life with. Paired with Brett, the iconic Melbourne-based tradie/psychology student, the two look perfect on paper for each other.

Booka revealed her admiration for Brett during the wedding reception saying “Seeing Brett so in tune with his emotions, that is so refreshing.”

“I have a crush on Brett…He’s really cool” she added. 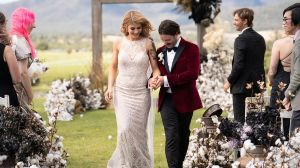