Taylor Swift has opened up to Rolling Stone about her 2016 feud with Kanye West revealing it all started with a stupid phone call she shouldn’t have picked up.

That infamous phone call she had with Kanye West about lyrics on his 2016 song, “Famous”, is what started the whole feud according to Taylor.

Kanye’s wife, Kim Kardashian shared footage of the phone call on her Snapchat account, where Kanye rapped, “To all my southside n—-s that know me best, I feel like me and Taylor might still have sex.” 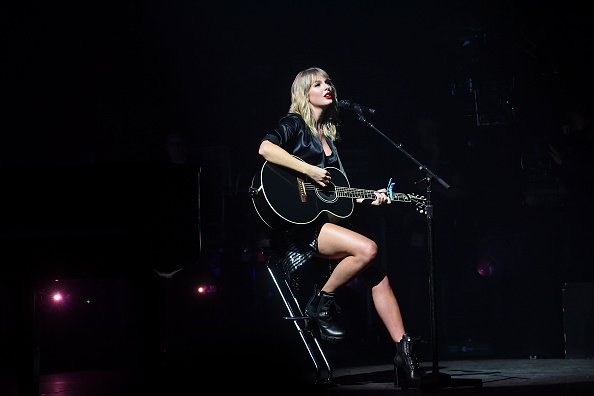 In the footage, Taylor told Kanye, “I really appreciate you telling me about it. That’s really nice.”

Swift did take offence to his line in the song, “I made that bitch famous,” firing back at Kanye.

“Where in the video of Kanye telling me he was going to call me ‘that bitch’ in his song? It doesn’t exist because it never happened. You don’t get to control someone’s emotional response to being called ‘that bitch’ in front of the entire world,” Taylor wrote in a since-deleted Instagram post.

Swift took an extended break from the spotlight until late 2017 before she spontaneously debuted new music with leading single “Look What You Made Me Do”, clearly a statement off the back of her feud with West!

According to Swift, there’s more to the story when it comes to the infamous feud from 3 years ago.

I hadn’t done a Rolling Stone cover in 5 years, and hadn’t seen @hiattb since I got in 2 car crashes while driving him around during our interview in 2012. 🤦‍♀️ There were no cars driven this time, but we had a lot to catch up on. Thank you @rollingstone and Brian for everything you did to make this cover happen. And @erikmadiganheck for taking these photos, absolutely loved working with you!

“The world didn’t understand the context and the events that led up to it,” she told Rolling Stone for the October issue. “Because nothing ever just happens like that without some lead-up. Some events took place to cause me to be pissed off when he called me a bitch. That was not just a singular event. Basically, I got really sick of the dynamic between he and I. And that wasn’t just based on what happened on that phone call and with that song—it was kind of a chain reaction of things.”

“I started to feel like we reconnected, which felt great for me—because all I ever wanted my whole career after that thing happened in 2009 (referring to when Kanye interrupted her acceptance speech at the VMA’s) was for him to respect me.” Swift shared with Rolling Stone.

“When someone doesn’t respect you so loudly and says you literally don’t deserve to be here—I just so badly wanted that respect from him, and I hate that about myself, that I was like, ‘This guy who’s antagonising me, I just want his approval.’ But that’s where I was and so we’d go to dinner and stuff. And I was so happy, because he would say really nice things about my music. It just felt like I was healing some childhood rejection or something from when I was 19.”

The October issue of Rolling Stone hits newsstands on October 1.