Sometimes you’re better off with a ‘new phone, who dis?’

A 19 year old guy was living his life, when he got a text from an unknown number, “I’m gonna make you come at 12 on Friday”

He had no idea who had sent the message and but the tone obvs felt like he was being propositioned by a random girl.

So he replied: “First off you’re not making me do sh*t second off I don’t remember scheduling any d*ck appointments.” 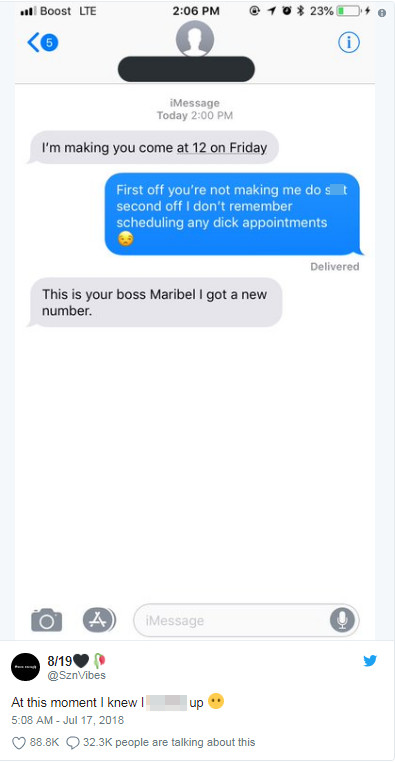 Things got real awkward when he found out the text was from his boss!

He apparently stepped down from his position before he got fired.