If one artist gets his way, Toto’s Africa will be played on a loop in an African desert “for all eternity”.

German-Namibian artist Max Siedentopf, 27, created a sound installation in an undisclosed location in Namibia, made up of six speakers set on white pillars around a central pillar that holds an MP3 player connected to solar-powered batteries. 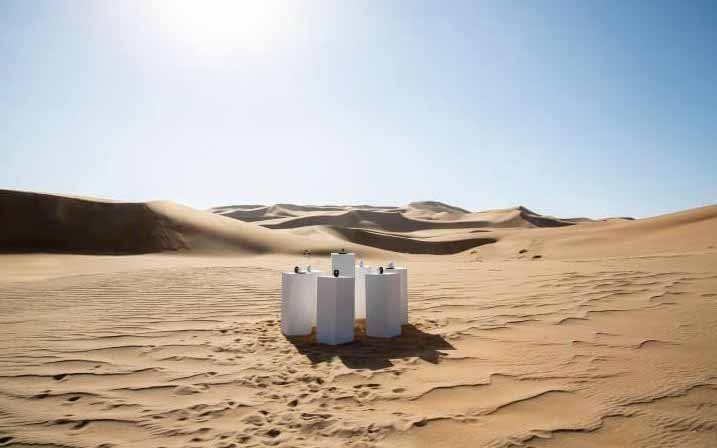 The desert is around 55 million years old and the “perfect spot” for the installation, Siedentopf told CNN.

“Hopefully the song will play just as long,” he said.

While the song might last forever, Siedentopf has acknowledged the equipment it’s being played on probably won’t.

Siedentopf added that the “treasure” was waiting to be found by any Toto fans who cared to search for it.

Like Daryl Braithwaite, Toto has enjoyed a recent surge in popularity, with a stack of Africa covers and tributes. They even performed a couple of sideshow gigs for the Falls Festival earlier this month in Melbourne and Sydney… which we all thought was a typo when it was originally announced.

There were some hot rumours that Toto would tour this year, but nothing has been confirmed.