Apparently Netflix aren’t a fan of how 97% of people use their service. Ya know how one person in the family pays for it and everyone else mooches off that account? Yeah, they don’t want us doing that anymore. 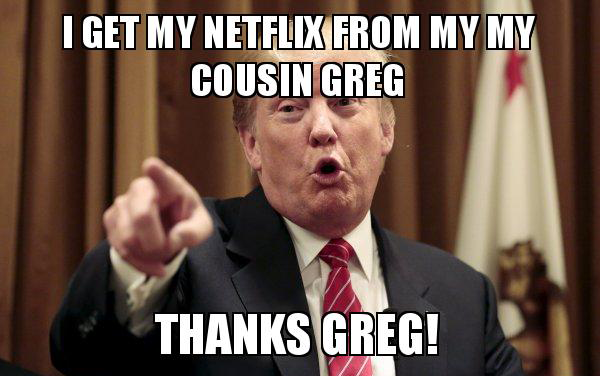 Even billionaires don’t pay for Netflix

Netflix are about to launch a new feature which will allow primary users to pay an additional fee for people outside their household in an attempt to curb password-sharing. The “add an extra member” feature will allow people to add up to two users outside their household to the account, each with their own profile, recommendations, username and password all for less than the cost of a separate account. They’re also trialing the ability of letting subscribers transfer user profiles to new accounts making it easier for them pesky moochers to pay for their own plans.

With all this said and done there’s no concrete plans for Netflix to enforce the “stop giving your password to everyone” policy so cosy on up to your brother/sister/whoeverpaysinyourfamily before Stranger Things Season 4 drops!

25 'Buffy The Vampire Slayer Secrets' For Its 25th Anniversary

MAFS's Olivia Makes More Snide Comments At The Dinner Party But Dom Isn't Having Any Of It!

MAFS's Dom Apologises For Glass Smashing While Jackson Calls Out Olivia For Her Snide Comments!