While we don’t often know what to expect during a commitment ceremony on Married At First Sight, one things for sure, we certainly thought that we could predict one couple that would leave the experiment tonight.

Following a tumultuous marriage that blew up at the last dinner party, we thought with absolute certainty that Hayley and David would be one couple that would both write leave tonight.

But that’s not exactly how things went down…

Nope, it was actually our MAFS experts John Aiken, Mel Schilling and Dr Trisha Stratford that made the call to send this couple home because, wait for it, Hayley actually chose to stay!!

Yep, after we had a little recap of their marriage woes, which included Hayley cheating with Michael and David using his wife’s toothbrush as a toilet brush (we still feel like vomiting every time we write that…) we went to the decision.

David was up first and of course, having been telling the camera that he couldn’t wait to write leave, it was no surprise to see his decision.

But then we went to Hayley. While you’d think that she wouldn’t wait to be within 10 feet of the man who rubbed her toothbrush on actual faeces, she decided to stay.

Or to quote her decision exactly, “Stay, because I’m enjoying this too much. x”.

And David’s face truly was priceless as she revealed this decision. 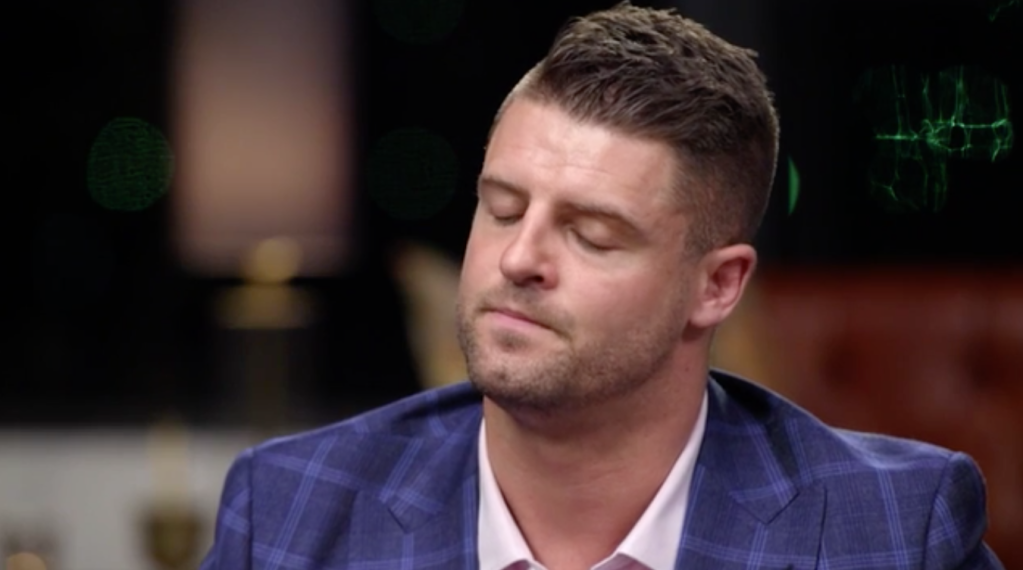 It wasn’t like she thought that they could magically make things work between them. Nope, Hayley flat out told everyone that her decision was purely a way to get revenge on David by making him stay in the experiment another week to think about what he’d done.

As we know, in Married At First Sight, if one person chooses to stay even if the other person wants to leave, they must stay.

As some of the other participants and no doubt everyone watching at home did a simultaneous eye roll at the thought of having to watch this “marriage” play out for another week, the experts stepped in and actually did something good for once.

Telling Hayley and David that their relationship was far too toxic and basically past the point of no return, they couldn’t just sit there and let them stick around causing more damage.

“There are certain standards that we’ve got to adhere to,” John told the pair. “I think also, it’s not in the spirit of the experiment for you to be staying to get back at your partner.”

And so John ever so kindly showed Hayley and David the door.

“What we will do is send you back to the group and both of you now will leave the experiment regardless of the decision you’ve written on the pads,” John explained.

And so Hayley and David became the first couple to be kicked out of the experiment. It was clear that the relief of hearing that took over David because he finally gave somewhat of an apology to Hayley for the toothbrush incident, saying it was a decision made in “hurt and haste”.

Married at First Sight continues tomorrow night with the marriages of our intruders (including returnee Lizzie) at 7:30pm on Channel Nine.

Macaulay Culkin Is Back! Signing Up To American Horror Story and He Fits the Cast Perfectly!