One thing we love about The Simpsons – or animation in general – is that the characters never age.

Sure, they can change and ‘grow’ as characters but, unless there’s a flash-forward or whatever, Homer will always remain middle-aged and Bart, forever a mischievous child.

This week, however, longtime producer and writer for The Simpsons, Al Jean, tweeted something that shot our suspended belief out of the sky.

Yep, if Homer is 39 years old on the show, then he now must have been born in 1980… which Jean points out *deep breath in* that was actually the year Bart was born. 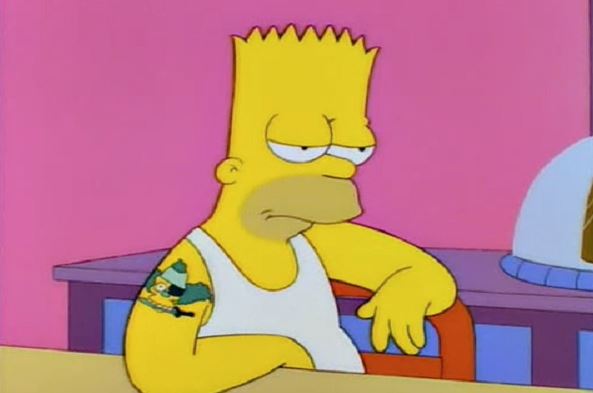 Here's one of our favourite moments from Robin Terry & Kip!
The Simpsons twitter