It has been revealed that Woolworths is rolling out mobile phone mounts on its trollies, which has delighted shoppers for its convenience.

A Queensland shopper made the discovery and shared it on Facebook which excited other fans who are hoping to one day use it for shopping lists… or just in general.

A Woolworths spokesperson confirmed the rollout was happening as part of the Scan&Go function which is currently being trialled in 20 stores across the country. 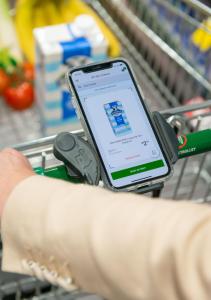 “At Woolworths we’re always looking at ways to bring new and convenient shopping experiences to our customers,” the spokesperson told 7News.com.au.

The mobile phone holders were introduced in stores with Scan&Go technology to help customers easily scan products with their smartphone as they walked through the store and paid through the app.

“We’re delighted to hear the positive feedback from customers.”