If you’ve ever dreamed of a limited-edition silver carbon surfboard by Chanel, guess what’s just come on the market?

Two exist and, according to Beach Grit, were made by French shaper Philippe Barland made for a Baz Luhrmann-directed Chanel shoot with Gisele Bündchen in 2015.

And while it looks the goods in this loungeroom… 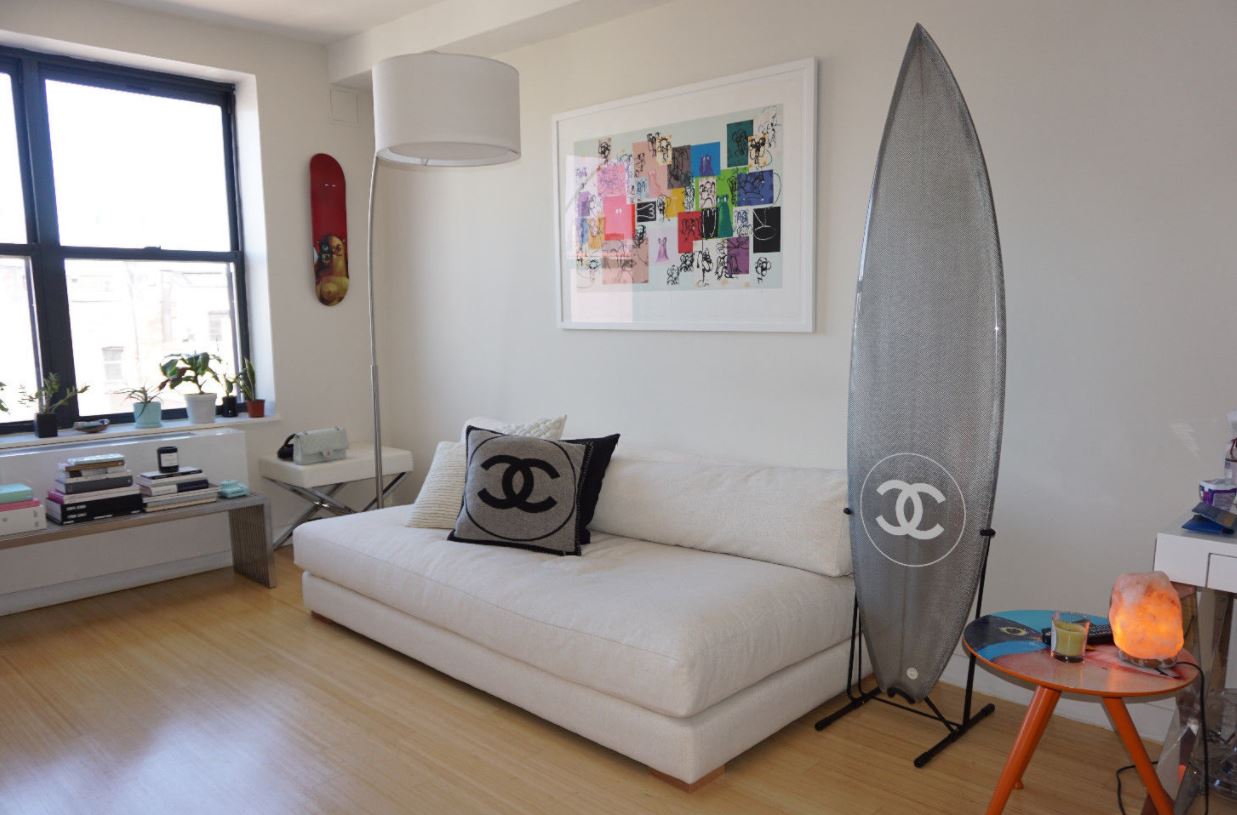 …it doesn’t come with that handy stand.

So maybe just lean it up against the wall and hope it doesn’t fall and get dinged.

This Woman Made Her Own Faux Fur Coat Using What???

Can't Choose Between Crocs Or Ugg Boots? Aldi Has The Answer