One Aussie mum’s ‘fail’ ended up being the laugh we didn’t know we needed on Tuesday.

The seemingly innocuous photos posted to the Kmart Mums Australia Facebook page featured a wooden vanity set – which also happens to be one of the hottest items at Kmart for kids. 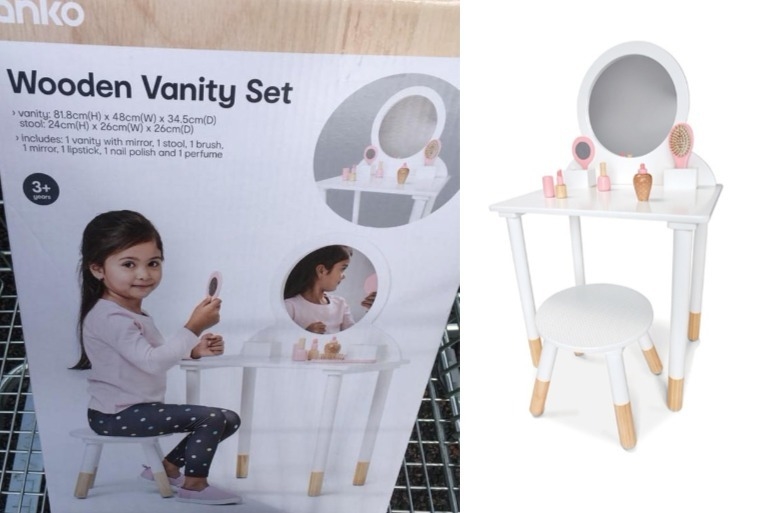 The first photo was funny enough, I mean, she put the mirror the wrong way but not the hugest ‘fail’. 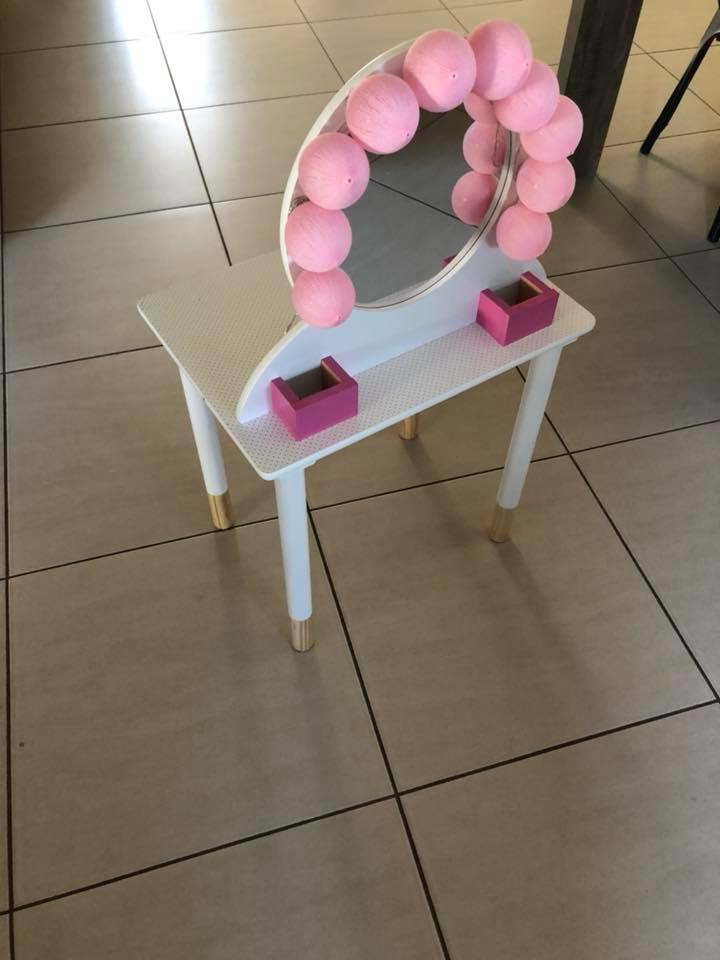 But it was the second photo that had everyone in hysterics.

This mum had clearly decided to ‘hack’ the vanity by adding some lights to the mirror.

But, when lit, the lights looked like… well, boobs. 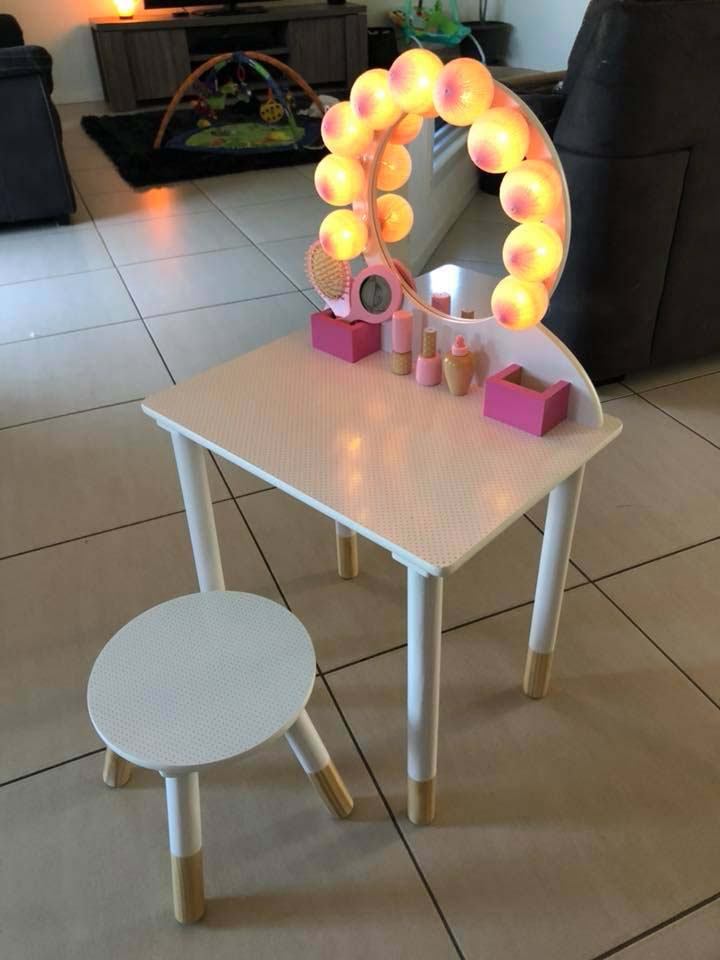 “I laughed at myself for a good 5 minutes.” 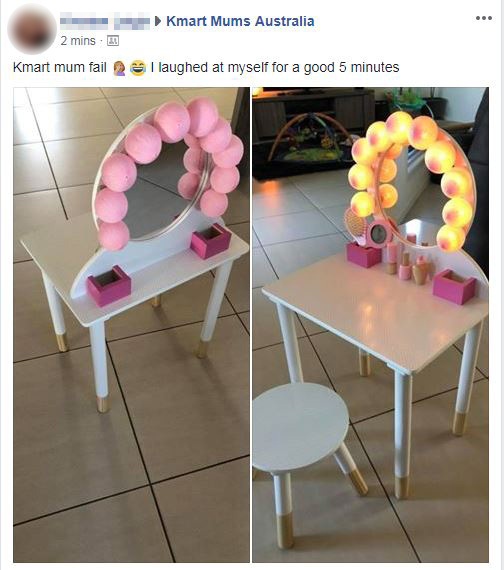 Within minutes of posting, the photos attracted a slew of reactions and appreciative comments.

“That’s the breast hack I have ever seen. #sorrynotsorry,” was another.

Revealed: How To Get Half Price Furniture From Ikea

This Chanel Surfboard Is On eBay For... Sorry, How Much?

This Woman Made Her Own Faux Fur Coat Using What???