There is one photo that has everyone questioning themselves today..

WHAT IS THE CORRECT WAY TO FOLD A TOWEL?

This is the photo that has everyone confused, with number one showing towel folded into halves, while the second option had been folded into thirds. 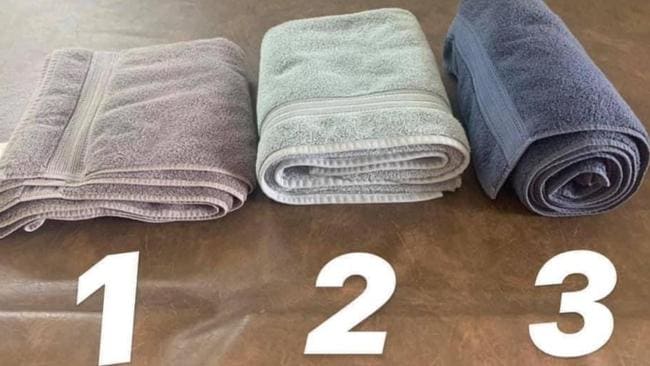 Number three has gone away from folded completely and has been rolled up.

The tweet from @itsfrtayloralien started getting dozens of comments from people who were convinced they were doing it the right way.

But others replied sarcastically.

Which way do you go?

Here's one of our favourite moments from Robin Terry & Kip!
Folding Laundry Towels

"Don't Be THAT Guy!": When Should Your Partner Have Asked For Help?

Tales of a Little Thing We Like To Call... Karma!

Resident Leaves A Note On A 'Badly Parked Car' And Well, It's Caused A Stir On The Internet

Does Your Partner Have Boyfriend Fitness? Here's How To Tell