It had been sitting in a storage unit, untouched for 27 years.

Now, the drop-dead gorgeous 1977 Holden LX Torana A9X hatchback – described as legendary among enthusiasts – will finally be auctioned off.

This could set a new benchmark for the A9X, according to Shannons’ auctioneer Stuart Roberts.

“They’re a highly sought after and valued vehicle, largely because so few of them were built. They only made 300 odd sedans and 100 hatchbacks,” he told 9Finance.

“This particular example comes from the northern suburbs of Sydney where the owner had it stored for nearly 30 years. It has good provenance and traceable history – we have the original delivery books for when the car was first delivered to Homebush in Sydney.” 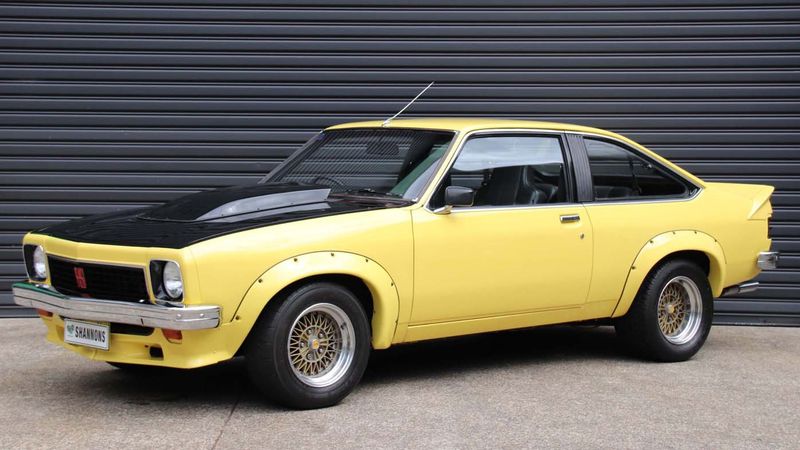 The slate black vinyl upholstery is offset by the ‘Jasmine Yellow’ finish.

Being stored for 27 years while the owner worked interstate means the car had very low kilometres – the clock specifically reads just 94,184.

It comes with all original books and includes the original steel spare in the boot.

It goes under the hammer on March 12.