Zooper Doopers, Quokkas, Didgeridoos and more set to be a part of Australia Post $1 coin promotion.

Starting this week, Australians will be able to purchase a series of 26 $1 coins embroidered with some classic Aussie culture references such as Weet-Bix, the Ramsay Street sign from Neighbours and Zooper Doopers.

Labelled as an “iconic reflection of Aussie life”, the Australia Post promotion will feature designs corresponding to each letter of the alphabet.

The partnership with the Royal Australian Mint has been dubbed the Great Aussie Coin Hunt and Australia Post is encouraging customers to collect each of the 26 coins throughout October. 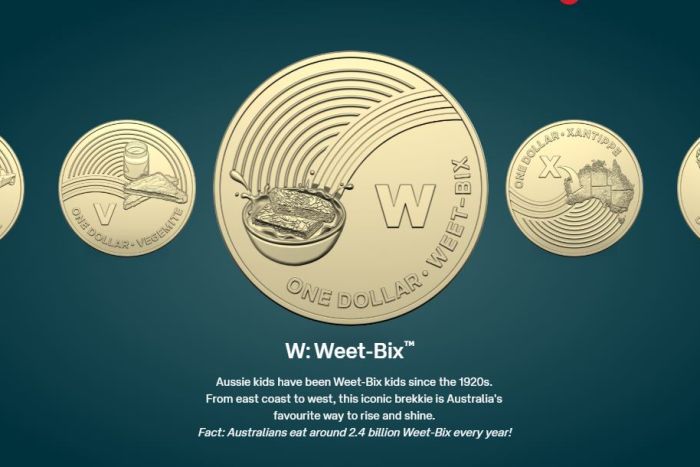 Similar to the likes of Coles Mini’s and Woolworths Ooshies, collectors will have to make a purchase to get their hands on the coins, which will only be distributed as change in transactions at participating Australia Post shops.

6 designs have been released already with more slated for release in similar sized batches until October 21.

Other designs include didgeridoos, quokkas, lamingtons and meat pies. 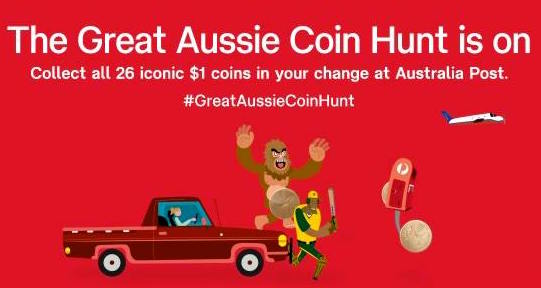 “Each and every coin opens up the opportunity for wonderful conversations about quintessential Australian life,” Australia Post’s Nicole Sheffield shared.

“It’s a great way for grandparents to connect with grandchildren, and for all of us to share our own experiences and memories with each other — both here and with friends and family overseas.”

Domino’s Will Pay You To Eat Garlic Bread

There's A New Bunnings Hat, But It's Super Limited So Ya Better Tell Dad!

Australia is OBSESSED With The Masked Singer!