A Coles customer has sent bargain hunters crazy after he spotted an amazing markdown.

Sharing on a popular Facebook page, John revealed he picked upon a pack of Coles Fruit Mince Pies for just ONE CENT each!

The shopper spotted them at the Coles in Moree recently.

“Packets of six Fruit Mince Pies for 1 cent!” he wrote on the Markdown Addicts Australia page. 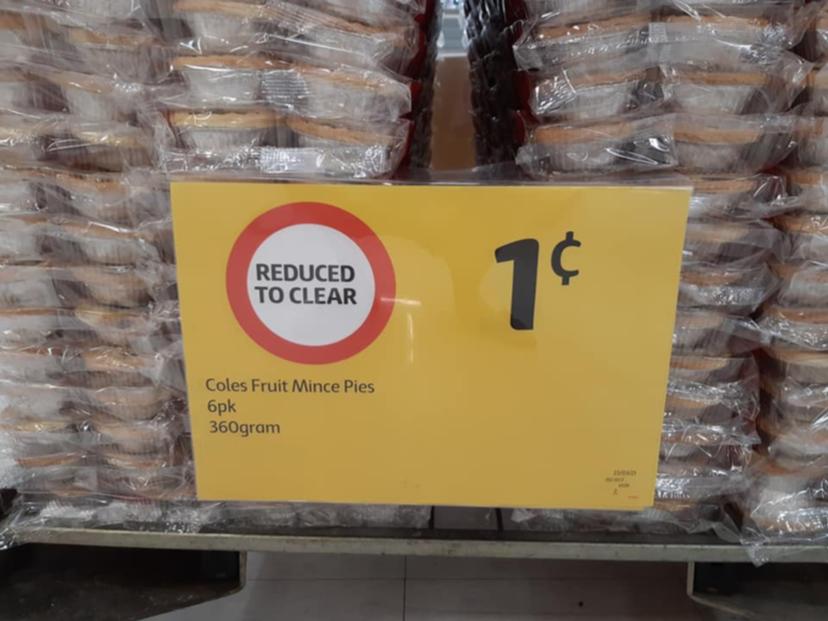 “Imagine how many pies you can have for $1?”

Many were quick to point out that if you purchased just one pack it would be ‘free’ as Australia doesn’t have one cent coins!

However, Coles was not keen, with John saying “I tried to buy one for a cash sale and the management man told the checkout operator to cancel the sale.’’

Cadbury Has Released Neapolitan Blocks And It Is Exactly What 2021 Ordered!