In today’s most ridiculous news, someone has uploaded an empty package of Coon Cheese onto Facebook Marketplace and has labelled it at ‘Vintage cheese packaging.’

Silly as that is, the worst part of it all is that they’re trying to sell it for $50!

This comes after the brand re-named their label to ‘Cheer Cheese’ after feedback that ‘Coon’ was a racially charged term that had historically been used as a slur against people of colour, despite the brand being named after it’s American cheese processor Edward William Coon.

“No longer in circulation, you may have seen these about. Some people found theirs to be racist but I can assure you this one was named after its creator not under any bad motives.”

“Absolutely 100% genuine Can post or deliver within Perth for a fee.” 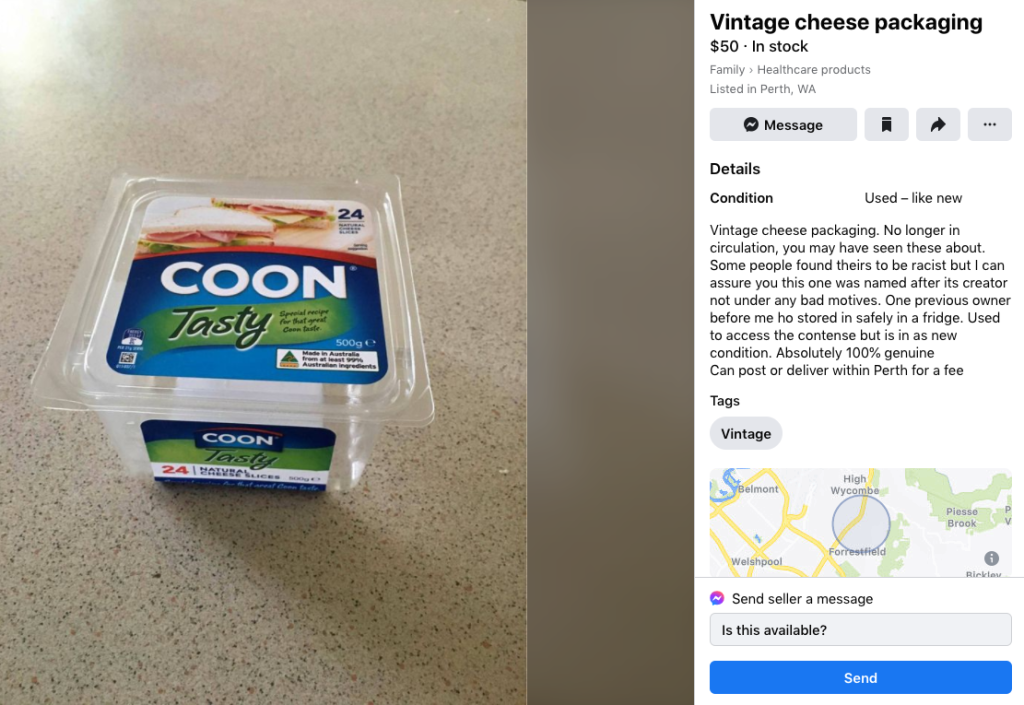 Apparently Lamington Waffles Are A Thing And We Need To Try One Now!

Messina's Iced Vovo Tubs Are Available To Order From TODAY!