People have been asking for it for a long time and finally today KFC have delivered. The fast food chain today announced that they would be bringing back a fan favourite menu item due to popular demand!

It was a burger that first arrived in stores back in 2016 and it was so juicy that it left people wanting more. But sadly, it was only kept around for a limited time, leaving a sour taste in the mouths of fans.

But they weren’t going to give up so easily. People were so obsessed with the Kentucky fried chicken filled burger that they even created a petition on Change.org to bring it back, and today KFC have finally responded with a big resounding YES.

That’s right people, the infamous Tower burger is making a comeback and will be hitting KFC stores across Australia from Tuesday June 12.

For those who haven’t yet had the pleasure of tasting one of these bad boys, the tower burger contains an original recipe fillet, coated of course in the Colonel’s secret blend of 11 herbs and spices, accompanied by a crispy hash brown, followed by crisp lettuce, a classic cheese slice, topped with mayo and some tangy tomato sauce. 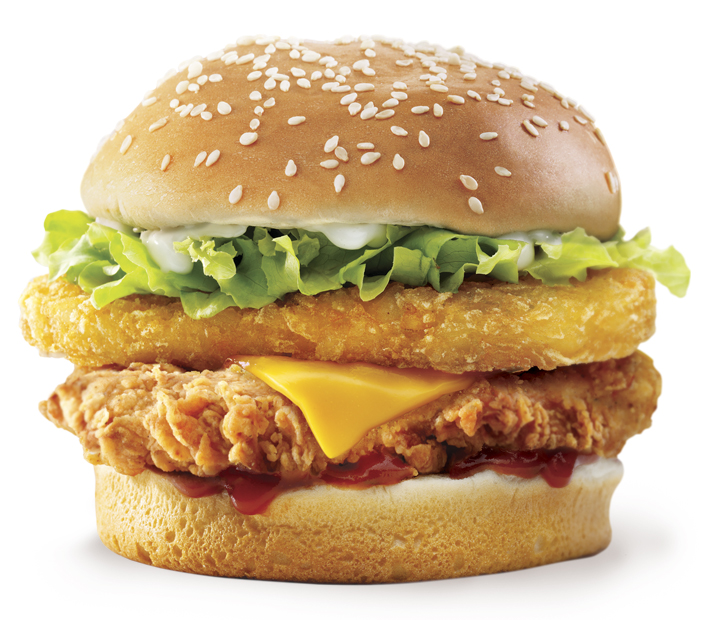 We bet your mouth is watering just thinking about getting your hands on one of these monstrous burgers! But don’t get too attached because once again the Tower Burger is only here  for a limited time! (4 weeks to be exact)

But not even the news of the burg only sticking around for four weeks can dampen our mood! We’re just stoked that the meal which truly define’s KFC’s motto of finger lickin’ good is back for us to sink our teeth into!

Are You Ready For The Big Mac Pie?