Well they do say breakfast is the most important meal of the day and now it’s the tastiest.

This is one of those “so simple how did I never think of it!?” things. Next time you’re making pancakes, rather than big boys, make them really small (somewhere between a 20c and 50c coin). Once you’ve cooked the whole batch up throw them in a bowl, add a little scoop of butter, drizzle of maple syrup and voila! Pancake cereal! 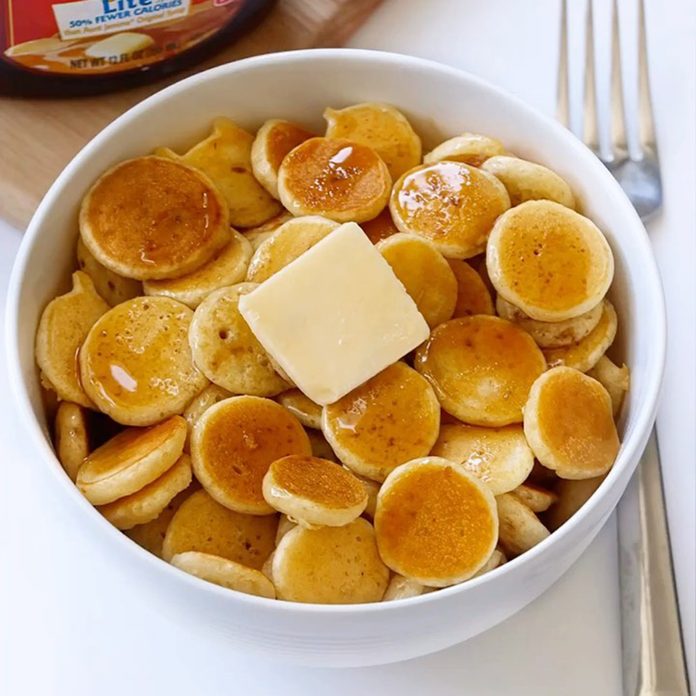 I’m not sure whether or not Sam Schnur (The Naughty Fork on Instagram) “invented” this or not, but she sure has taken it to another level. Scroll through her feed to find all kinds of variations including apple-cinnamon, blueberries, bacon and the works. She also shares some of the most insane food creations I’ve ever seen including a GOLD COVERED STEAK.

You Can Now Get Fairy Floss Flavoured Vodka!