BEFORE WE GET INTO THIS – WE WOULD LIKE TO SAY WE DON’T RECOMMEND YOU TRYING THIS – IT IS ACTUALLY STEALING, WHICH IS, OF COURSE, ILLEGAL.

We all love Macca’s and we love it even more if it’s FREE!

Some clever McDonald’s lovers have managed to manipulate the self-serve kiosk option into getting a free hamburger.

In a video posted to Reddit over the weekend, two friends revealed a secret hack they discovered.

For the ‘scam’ to work, you start by ordering 10 patty-less $1 burgers, as well as a regular $1 hamburger.

Removing the meat from the 10 burgers discounts each meal by $1.10 – providing the customers with a surplus that covers the cost of the additional regular burger.

Once processed, the computer confirms there is ‘no payment required’ and prints out a receipt and order number for the sneaky duo. 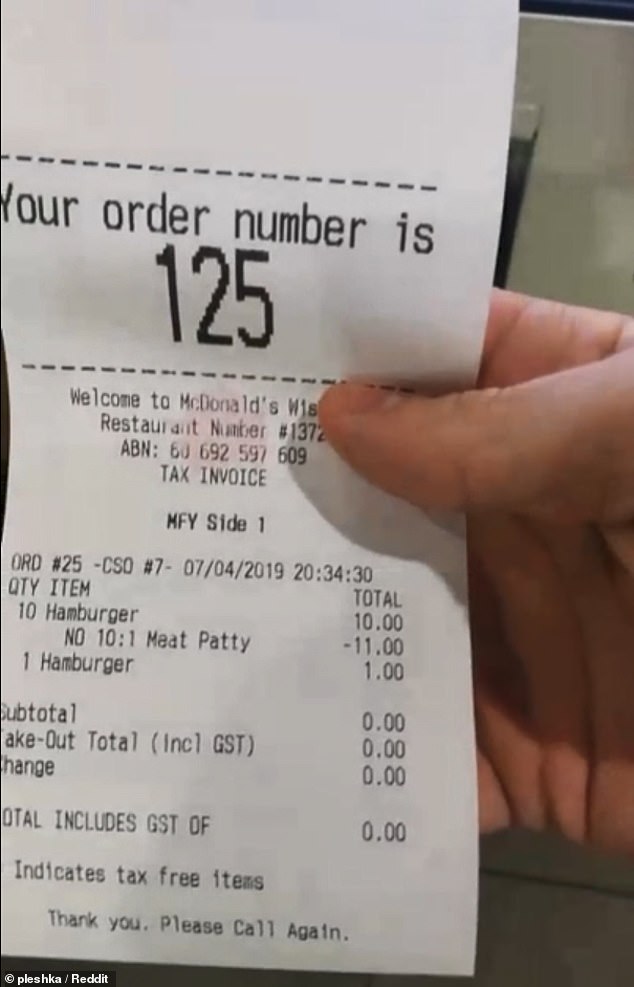 The two friends were then served 10 patty-less burgers with the usual fillings, and one regular burger that had beef on it.

Obviously, the ‘hack’ caused a stir as it is kinda stealing from Maccas.

‘May I suggest if you go to Maccas and order a hamburger with nothing in it, you’re a bit of a tosser,’ one user wrote.

Some people were more concerned at the foodwaste if they weren’t to eat the patty-less burgers.

‘I’m all for exploiting loopholes and sticking it to the man or whatever, but I’m not a fan of wasting food. I hope you’re going to eat all those buns.’

‘That’s a lot of effort to save $1,’ another user pointed out.

‘Personally, I’d advise against trying to rip-off a multinational on its own premises under the full view of CCTV.’

Guzman Y Gomez Giving Away A Year’s Supply Of Burritos