When it comes to soft drinks that just scream Summer, you can’t look further than Passiona. The ‘pure juice’ passionfruit flavoured drink tingles your tastebuds and is perfect to sip on underneath the sunshine.

Even though it has been in Australian households since 1924, it turns a very important detail may have slipped through the cracks after a little while – we’ve been mispronouncing the name wrong!

Many people pronounce the title as ‘pash-ee-owe-nah’, however an 1927 advertisement in The Courier Mail says otherwise.

According to the ad, the soft drink is official pronounced ‘pash-ona’. Oh my god. 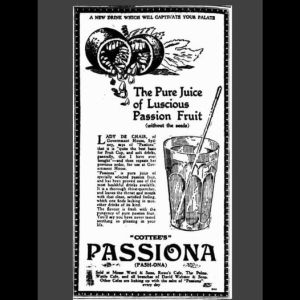 Media personality Bruno Bouchet was the one to discover the ad and was clear to point it out on social media, leaving people gobsmacked.

“To those who rubbished my claims that it’s pronounced ‘pash-owe-nah’, not ‘pash-ee-owe-nah’, I present to you this advertisement in The Courier Mail from 1927. You’ll note it’s spelt out down the bottom,” he said in a Facebook post.

Coles Will Be Giving Away Free 'Chef Quality' Knives Next Month