A mum has divided opinion among other parents after she revealed she sent her kid to school with spam.

Posting in the Lunch Box Ideas Australia Facebook group, the woman shared a photo of the lunch she packed.

It included a Yakult, chips and fruit but it was the sandwich that got people talking. 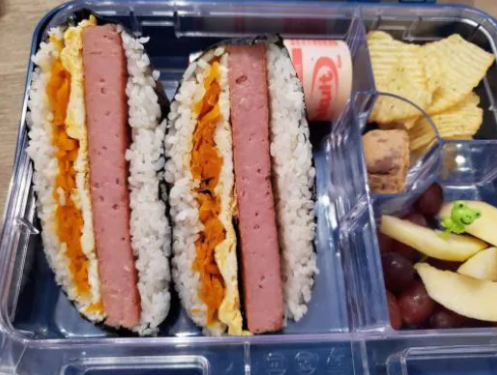 In some, since deleted, comments, parents said the lunch was ‘weird’ and spam was ‘highly processed’

But others said “My son has tinned corned beef sandwiches at school. He’s 12. He loves it.’’

“Why does everyone have such a problem with the Spam? I personally don’t eat it, but isn’t the goal to have fed happy children?” another person wrote.

But.. we never found out if it was eaten.

Deliveroo To Give Every Aussie UNLIMITED $1 Delivery!