A Woolworths shopper has been left scratching their head after spotting a strange sign at their store.

Sharing on Facebook, Queensland resident Ryan spotted a sign next to the asparagus saying that it was grown in ‘Mexico or Australia.’’

Ryan was frustrated by the sign saying ‘“Eh … what’s the difference, hey Woolies?’

A Woolworths spokesperson said that there was a super simple explanation for the sign, saying “We have an Australian First Sourcing Policy for all our fresh food, which means we will always choose Australian grown fruit and vegetables first,” the spokesperson said. 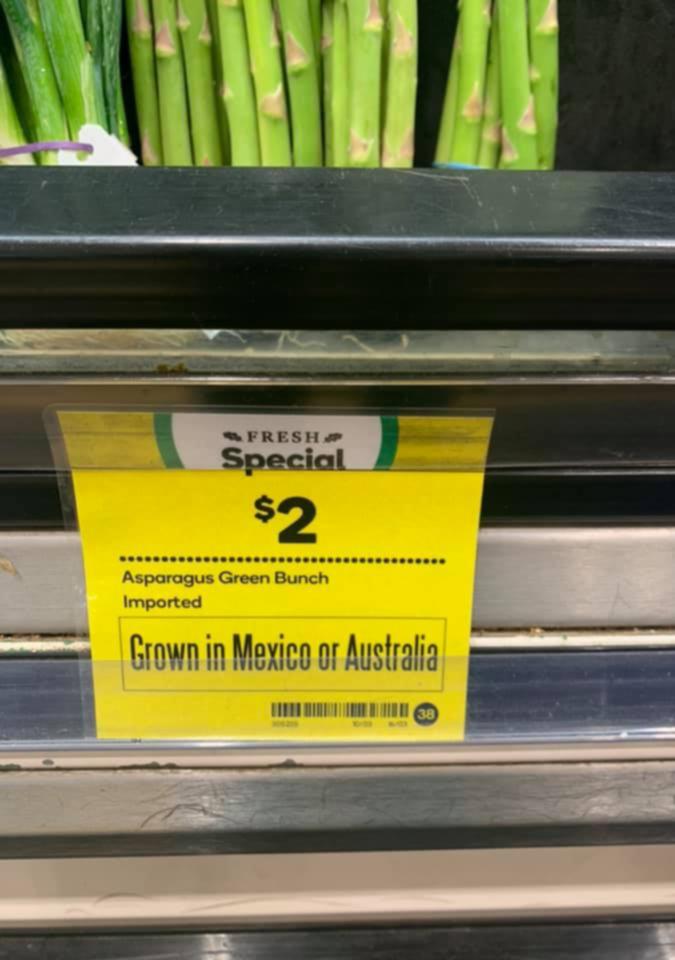 “If produce is out of season in Australia or there’s not enough locally to meet our customers’ needs, we may source it from further afield from time to time.

“At the moment, some asparagus growing regions in Australia are not in season so we’re sourcing the product from a mix of local and northern hemisphere growers.

“This country of origin labelling lets customers know we’re currently selling a combination of both.”

Here's one of our favourite moments from Robin Terry & Kip!
sspecial Vegetables woolworths