This weekend, over 25,000 people from all over Australia took part in the annual Bridge to Brisbane Fun Run!

Men’s division winner Davies, 20, who finished the race with a time of 14:48 said, “I was second last year so it was good to improve this year,”

Women’s division winner, Firsova who immigrated from the Czech Republic to Brisbane just a month ago said, “we landed just 35 days ago so I’m very new to Brisbane. For some reason I thought it was a very flat city, I discovered it’s not flat at all!”

These three have become @bridge2brisbane icons over the years! ✌🏼 We hope the force was with you all on course today 💫 #bridgetobrisbane #starwars #brisbaneanyday #funrun #walking #dressups 📸 @qldfit

25-year-old Brisbane local Jack Bruce won The Sunday Mail 2019 Bridge to Brisbane title in the men’s division for the iconic 10km race. He finished the race in 28:41.

“I like the course and how they’ve set it up, you get to see a lot of Brisbane as you go,” he said.

Over 25,000 people from all over Australia took part in the annual Bridge to Brisbane Fun Run to raise money for charity.

Paralympian Richard Colman took out first place in the wheelchair division with a time of 25.08.

Mr Colman said, “I won it two years ago, last year I was second. On this challenging course it’s hard to get a rhythm because you’re just attacking, hill, flat corner.”

“This was a really lovely opportunity to come and have a run and just improve on where I’m currently at,” she told News.com.au

Is there any better feeling?! Congratulations to our first 10km female finisher, Madeline Hills 🙌🏼🎉 …thousands more to come! #bridgetobrisbane

The weather was glorious and overall 2019 was a very successful bridge to Brisbane!

What a day! Thank you for joining us at The Sunday Mail Bridge to Brisbane today 💛💙 We will be uploading more event photos in the coming days, so keep your eyes peeled on this page, as well as our Facebook! #bridgetobrisbane #b2b2019 #thankyou #running #funrun #walking #jogging #brisbane

This article was originally published on news.com.au 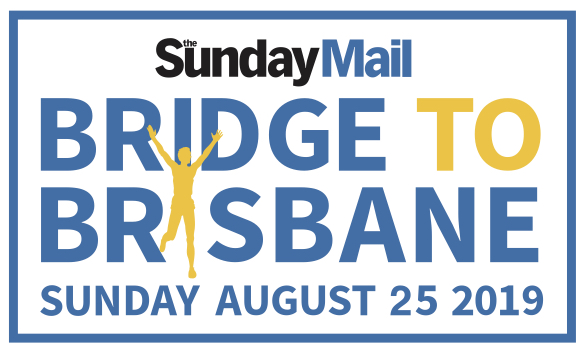 Here's one of our favourite moments from Robin Terry & Kip!
Bridge to Brisbane brisbane