A Bunning’s shopper has revealed a very weird find that they found in the car park of their local store.

Sharing on Reddit, the shopper posted a picture of ute spotted outside the store in Victoria.

The image showed that the driver had used his old thongs as makeshift mudflap on his vehicle. 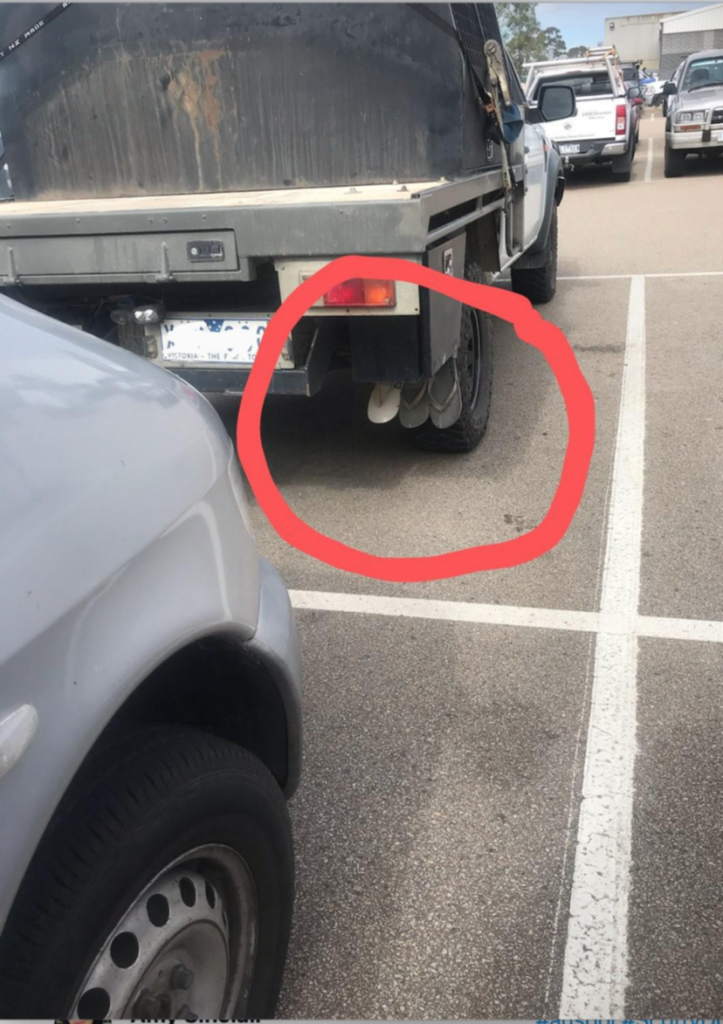 A closer look then found that the mismatched thongs were attached to the back right-hand corner of the ute, above the wheel.

One user commented ‘Only in Australia’ and another said “I bet there is a coathanger at the front. In the shape of Australia.”

Scott Cam May Have Purchased $4.25million Property Involved In Scandal On 'The Block'