The magic of the Harry Potter series has had the world spellbound for 23 years and many still have the classic novels tucked away in their homes.

However, some of those could be sitting on absolute gold mines and they might not even know it.

A copy of the incredible rare first edition of Harry Potter and The Philosopher’s Stone, which is signed by none other than J.K. Rowling herself, has sold at auction for a cool $182,000 AUD (£100,000) in Scotland. 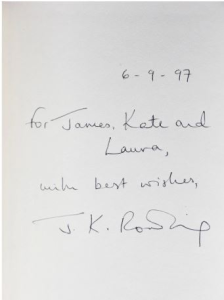 Only 500 copies of the first edition were made, with around 300 sent to schools and libraries.

It also contains two mistakes – the spelling of the word ‘philosopher’ on the back and repetition of ‘1 wand’ in the Hogwarts school supplies list. 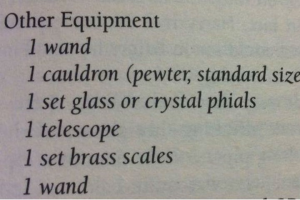 Who knows, your fortune could have been staring at you this whole time!

Highly Anticipated New Matrix Movie Has Had Its Release Date Shelved By Quite A While!

FIRST LOOK: Dudes, Bill and Ted Are Back For Their Final Excellent Adventure!

'Gone With The Wind' Removed From Streaming Service For 'Racist Depictions'