A mother has been shamed by the internet after posting a photo of a packed lunch that contained what others deemed ‘dangerous’ items for children.

While the lunchbox looked fresh and delicious, many say it contained multiple choking hazards for kids.

The mother shared a photo of her work on a mother’s group on Facebook which included apple slices, raisins, pretzel sticks, mixed nuts and pigs in a blanket with shredded cheese for her two year old.

Many commenters complimented the box saying it looked ‘delicious’ and ‘awesome’, others felt the need to harshly criticise. 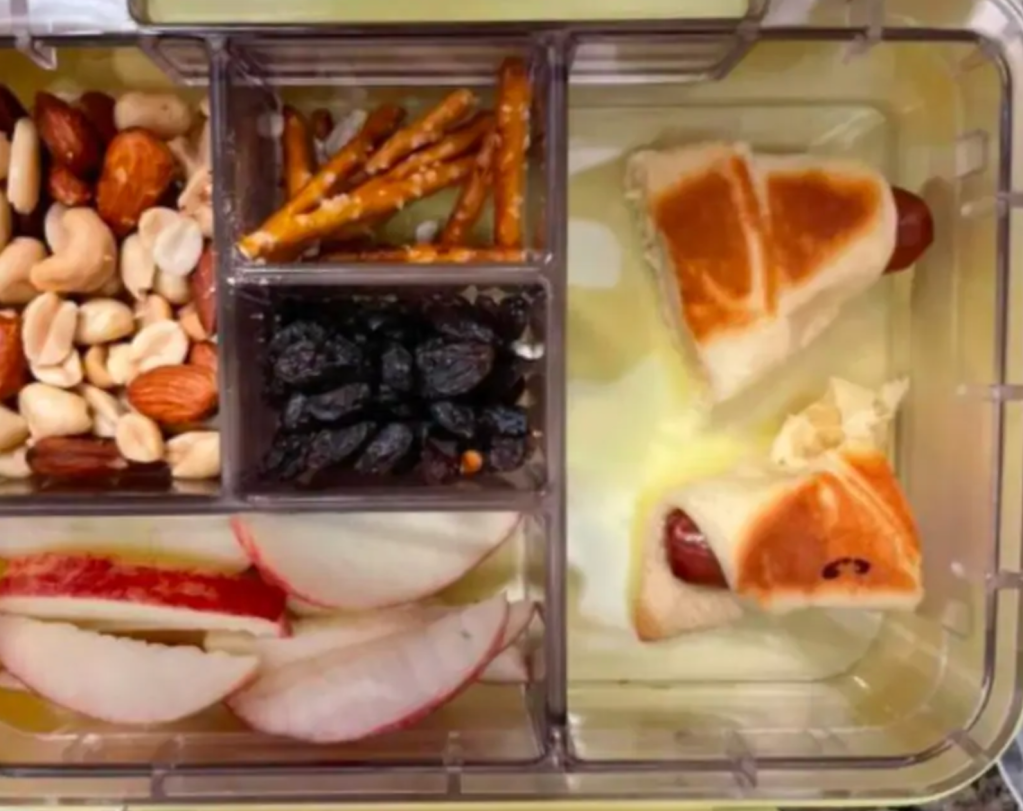 “Food looks great and nut butters are great but whole nuts for a 2 year old is extremely dangerous,” one commented.

“Looks good I wouldn’t recommend peanuts under three years old, but it’s what you’re comfortable with,” another said which is a fair and just way to share information.

“Peanuts are always a risk of the choking hazard doesn’t matter what age you are.”

“It’s really annoying to see parents not seeing the real risk or thinking it will never happen to them,” another harshly stated.

One mother shared her own personal horrifying story of her nephew almost dying from a nut.

“My nephew ate a chocolate covered almond and he aspirated the almond and it went into his lung. He nearly died they didn’t know what was wrong until his lung finally collapsed.”

Many mothers must have stories similar to these ones, with multiple comments stating that children shouldn’t be given whole nuts until after the age of 4.

The Facebook group administrators had to eventually disable comments as over 240 people were voicing concerns!

Factually, we can follow The Children’s Hospital at Westmead’s advice which warns that young children are prone to choking as they’re still developing chewing motor skills and often stick things in their mouths.

According to the hospital, items smaller than 20c can be considered a risk to children under three.

Their list of risk foods include raw fruit and vegetables, large pieces of meat and bones, popcorn, nuts, hard lollies and corn chips…

They recommends chopping and mashing harder fruit and vegetables and removing the skin and bones from meat.