Trans-Tasman families are reuniting at New Zealand airports after the biggest border relaxation in a year.

And this time, the borders are staying open.

As of Wednesday, New Zealand is allowing Australian visitors again, for just the second time since the start of the COVID-19 pandemic.

The first flight to land was QF157 from Melbourne to Auckland just before 1am, followed by NZ176 – the red-eye from Perth – just after 6am.

Those arriving were met by families waving signs and home-made banners to welcome their loved ones. 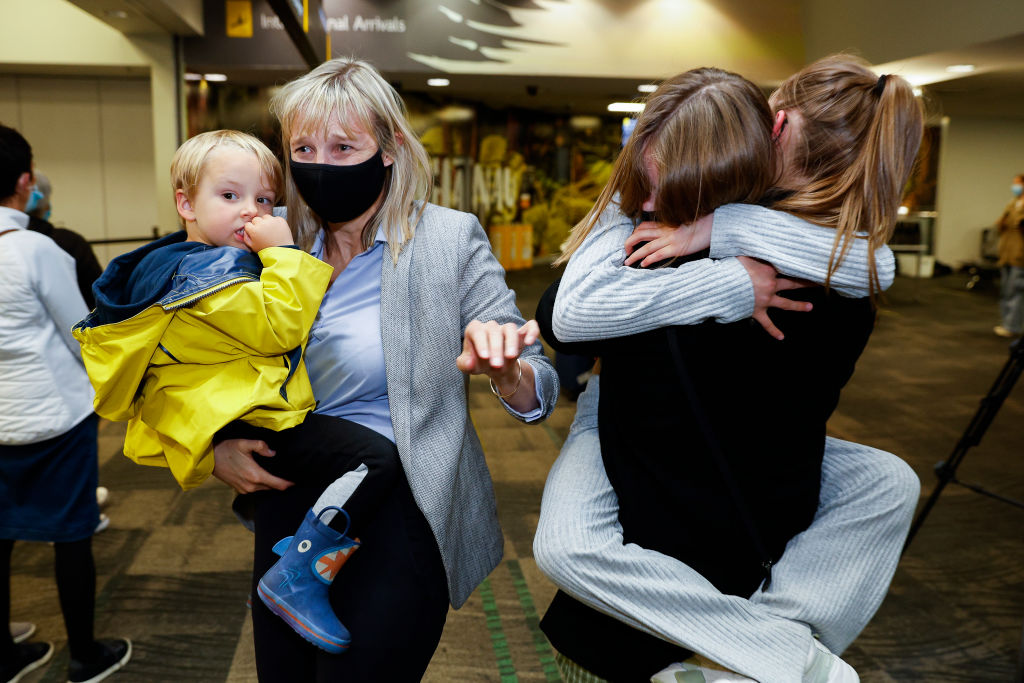 “The opening of the trans-Tasman bubble was amazing,” she told AAP.

“But there’s something different about this. This has just that feeling of longevity and stickability to it. New Zealand’s approach has changed.”

Ms Ardern said they were previously trying to maintain the elimination strategy against the coronavirus while keeping the Trans-Tasman travel lane open.

“That’s not what’s happening this time and so it feels different and it feels significant,” the Kiwi leader said. 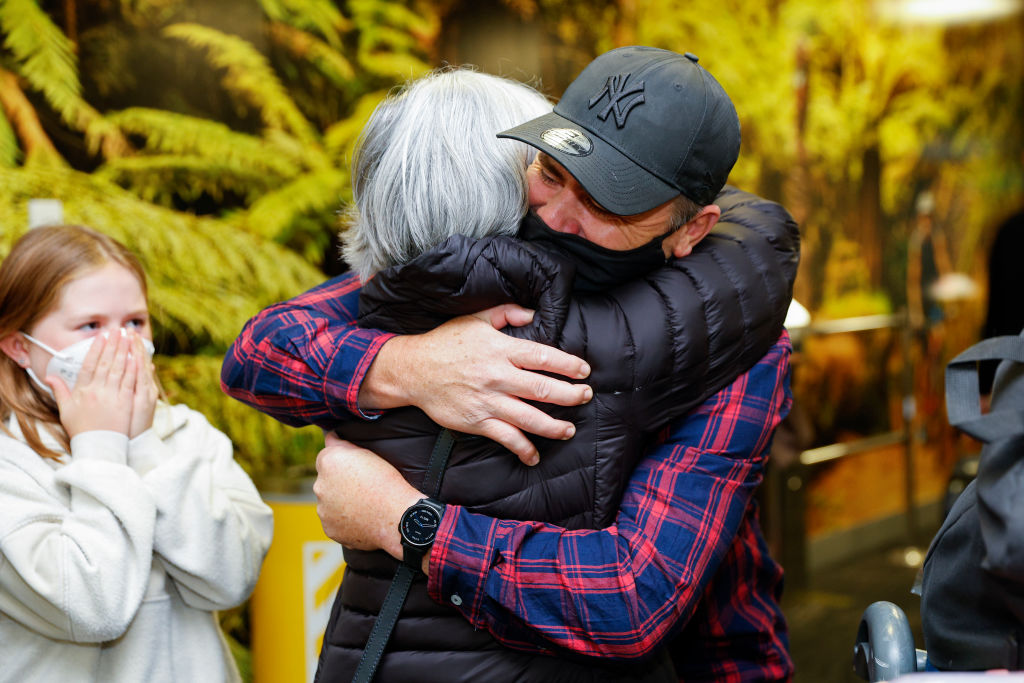 Bette-May Waine was among those at Auckland airport, waiting to see her Australian son Michael and his Perth-based family.

“Skype is OK but you just want to hold onto them and hug them tight and give them love,” she told NZ news outlet Stuff.

“I don’t know who’s most excited – my granddaughter, myself or my father who is 96 waiting to see them.”

Tears flowed in the arrival hall when the family came through the gate.

“It’s been the third attempt over 18 months. It was supposed to be in April last year and then Christmas. Then we rescheduled until now,” Michael said.

The opening is the first since last year’s trans-Tasman bubble, which closed in July 2021 to delay the march of the Delta variant as New Zealand raced to raise vaccination rates.

The arrival of Omicron has been a game-changer for New Zealand and after deciding it can no longer eliminate COVID-19, the doors have been flung open.

Qantas said all five of its flights to New Zealand on Wednesday are completely full. 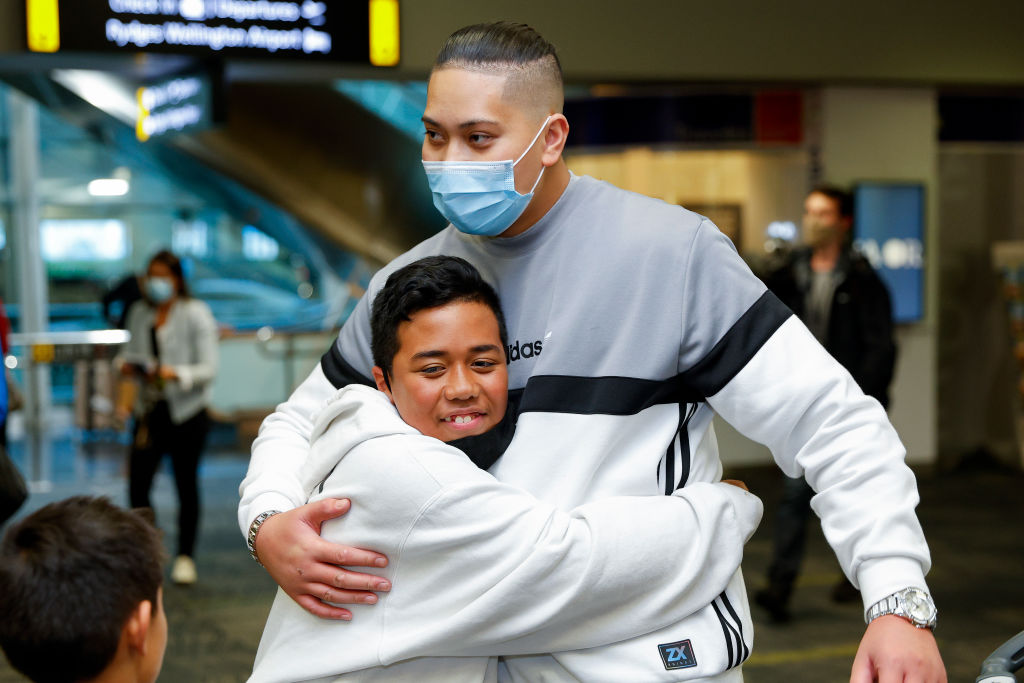 It is currently operating 25 return trans-Tasman flights a week, which will triple by May.

The reopening is great news for beleaguered Kiwi tourism operators, who have made do with largely domestic business for two years.

Ms Ardern told Australians there would be no better way to shake off their pandemic gloom than by taking a holiday.

“Nothing is going to give back that sense of normality again, and a bit of a reprieve from the last few years, than being somewhere else. And so what better place than New Zealand?” she said.

“We’re a safe place to visit. We have enough familiarity whilst also offering something really different.

“That’s the broad pitch. Come and just enjoy a change of scene.”

Pete Davidson Is Going To Space