Well in what has got to be the most kick-you—in-the-crotch, spit-on-your-neck FANTASTIC news ever, the official FRIENDS couch will PIVOT it’s way around Australia from this week!

So if you’ve ever wanted to snap a selfie on the orange couch that usually resides in Central Perk (um, who hasn’t?!) now is your chance!

The FRIENDS couch tour is all thanks to Stan and it’s to celebrate that 25th anniversary of the first episode premiere. 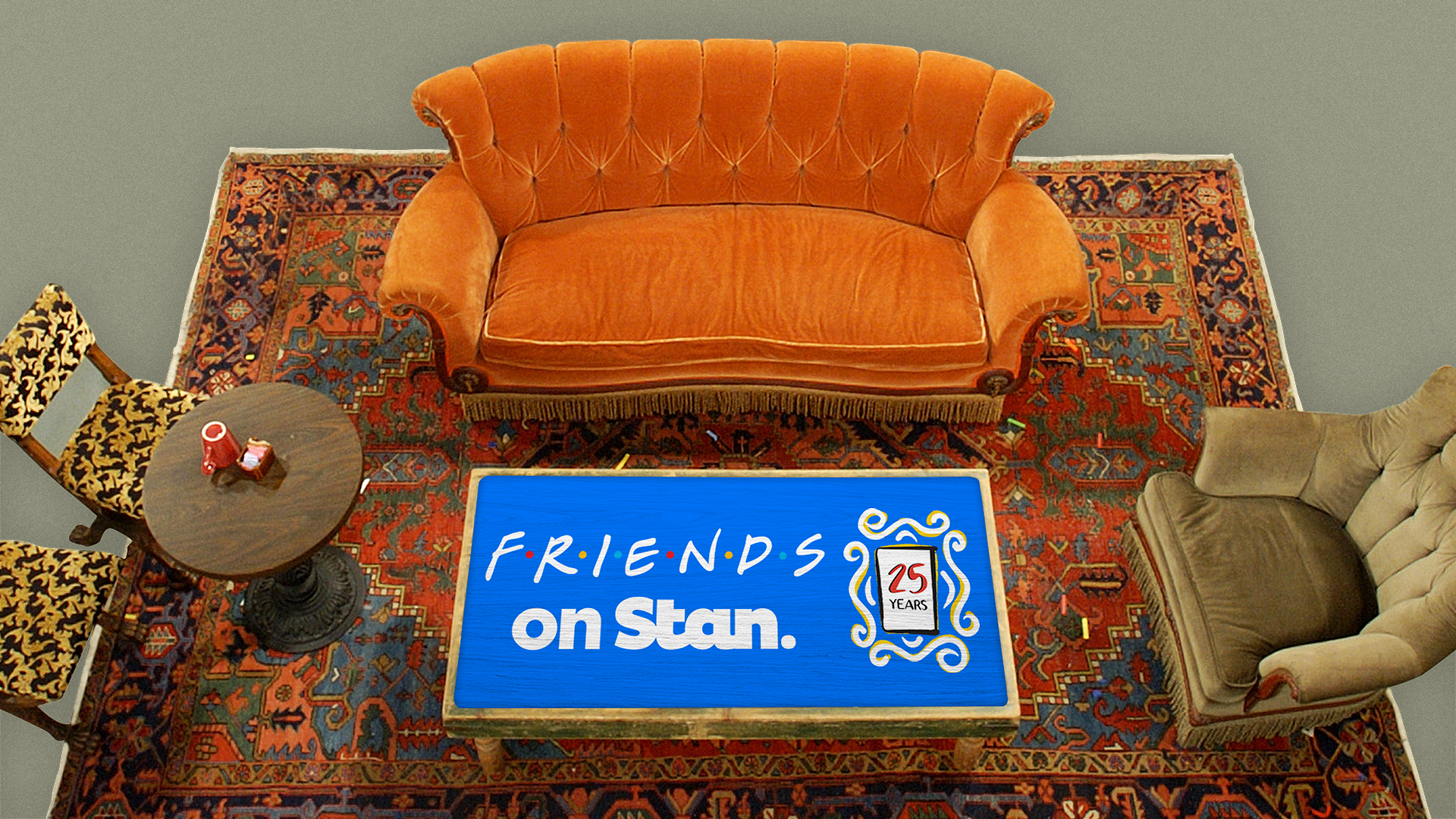 If you want to snap a pic on the sofa, you’ll have to head to one of the SEVEN (i.e Monica’s fav number) shopping centres that it will be visiting across the country.

It’s all kicking off on Thursday 29th August until September 21 and could we BE anymore excited?!

Find all of the dates and locations below!

After snapping your pic on the couch you can then share it to your social feed and tag @stanaustralia and #FriendsOnStan for the chance to win some EPIC prizes, including some FRIENDS themed swag, a signed photo of the cast, or even a trip to the Big Apple where our six FRIENDS live.

And while you wait for the orange couch to make it’s way to your area you can watch every single episode of FRIENDS on Stan right now!