It’s the end of an era in Logan as movie lovers bid farewell to the last two Video Ezy and Blockbuster kiosks.

The Courier Mail reports Jon Harris, Blockbuster franchise owner, who opened his first Blockbuster Video store in the suburb of Marsden 20 years ago, will shut his Video Ezy kiosks at Marsden Park Shopping Centre and at Crestmead IGA in the next by March. 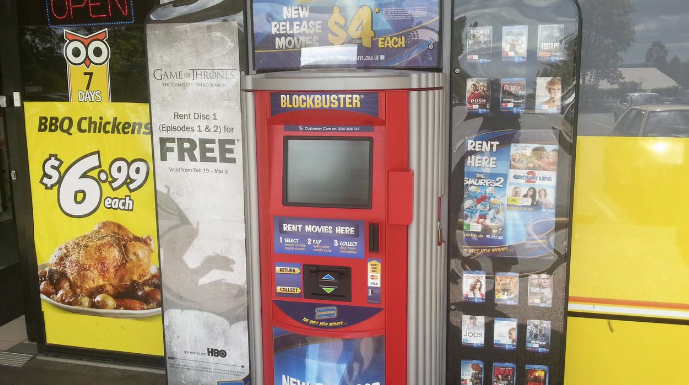 Video stores are hard to come by these days with only a couple remaining open in Queensland including Network Video at Ipswich, Pittsworth, Birkdale and Chinchilla.

The kiosk side of the traditional “video store” business took off in 2012 as many customers wanted to hire DVDs without having to pay for a streaming service like Netflix.

The main cause of the imminent video kiosk coffin is the lack of Hollywood blockbuster movies being produced and released during 2020’s COVID-19 pandemic.

This article originally appeared in the Courier Mail.

Here's one of our favourite moments from Robin Terry & Kip!
Blockbuster Video Store